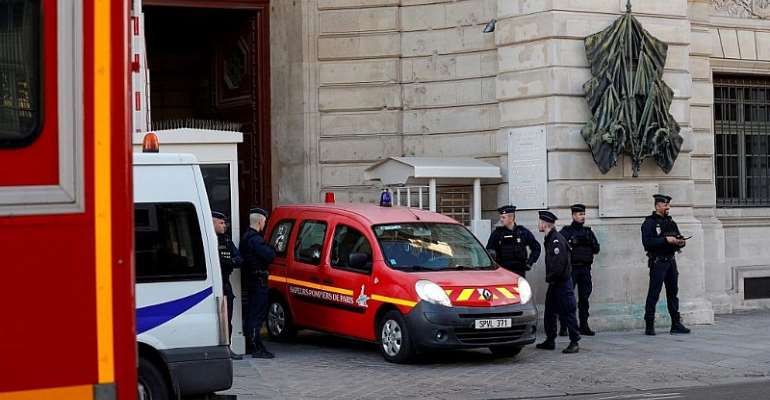 The investigation into a knife attack in which an IT staffer stabbed four colleagues to death at Paris police headquarters has been handed over to the anti-terrorist prosecutor's office, sources said on Friday.  The investigation into the attack on Thursday has so far been handled by the Paris public prosecutor but had now been passed to the Parquet National Anti Terrorisme (PNAT) sources at both prosecutors' offices said.

Three men and a woman -- three police officers and an administrative worker -- died in a frenzied 30-minute attack with a kitchen knife that ended when the attacker was shot dead.

A fifth person was critically injured and was being treated in hospital after the deadliest attack on police in France in years, which sent shock waves through an embattled force already complaining of low morale.

Paris prosecutor Remy Heitz, who initially led the investigations, initially told reporters that a murder probe had been opened, while emphasising that no terror investigation had begun. But on Friday, he transferred the case to the PNAT, that deals exclusively with terrorism.

The PNAT is relatively new but differs from other Paris-based tribunals that it exclusively deals with terrorism. It was created in July 2019 and headed by Jean-François Ricard.

IT worker
The attacker, a 45-year-old IT worker in the police intelligence department, had converted to Islam 18 months ago, the sources said.

The man, who was born in the French Caribbean territory of Martinique and had worked for the police since 2003, suffered from deafness, the sources said.