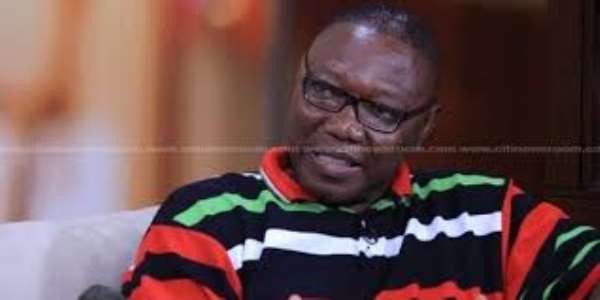 According to him, the position of government is unclear.

Speaking on Asempa FM's Ekosiisen political talkshow he said “the government must show a dedicated commitment to assure the good people of Ghana it will not accept it neither today, tomorrow or in the future.”

He continued, “If we think we have a problem with sexuality education, there is no reason why as a people, we can not function in a way to address adolescent reproductive health and the associated challenges.”

Me Apaak further stated that “We don’t need external support and influences and don’t have to do it the way certain organizations, certain entities and certain mobile movements want us to do it.”

According to him, the position of the Minority in Parliament is that Ghana can have its own home-grown ways of dealing with these matters rather than allowing external entities to use their influences to do it in a way the frowns on our culture and traditions.

In his view, the inconsistencies in the reactions by the government agencies responsible for the country’s education is worrying, connoting a rather suspicious agenda.

He stated that Ghana as a country have the capacity to structure an education programme to sensitize it youth in adolescent and reproductive health.

Minister Of Education, Hon. Matteaw Opoku Prempeh emphatically stated that the curriculum framework for KG-P6 that has been approved by Cabinet from the National Council for Curriculum and Assessment [NaCCA] for use in the development of school curricula and published on NaCCA website does not include anything on Comprehensive Sexuality Education.”

However, previous statements from the minister in a conference organized by UNESCO on the 30th of January this year, stated categorically that Ghana has a guideline that stresses that sexuality education will be part of a curricula to be launched this year September.

The minister in his recent press conference denied having knowledge of the said guideline.

Meanwhile, the United Nations Population Fund (UNFPA), one of the proponents of the CSE programme, has said the guidelines – the Minister has denied knowledge of – was developed by Ghanaian education experts.

Hon. Clement Apaak argued that these revelations including a Ghana Education Service letter signed by the Deputy Director General, Mr. Anthony Boateng inviting teachers for a training on CSE curricula affirms that the government is been untruthful to the people of Ghana.

“So together with these, it is very clear that there was a consensus effort to smuggle content relating to CSE into the curriculum of our school system.”

In his words the efforts to implement the CSE and the subsequent exposure demands that it is important government comes clean and clear on the matter.

" Government should render an unqualified apology to the people of Ghana for the mishaps, " he emphasised.