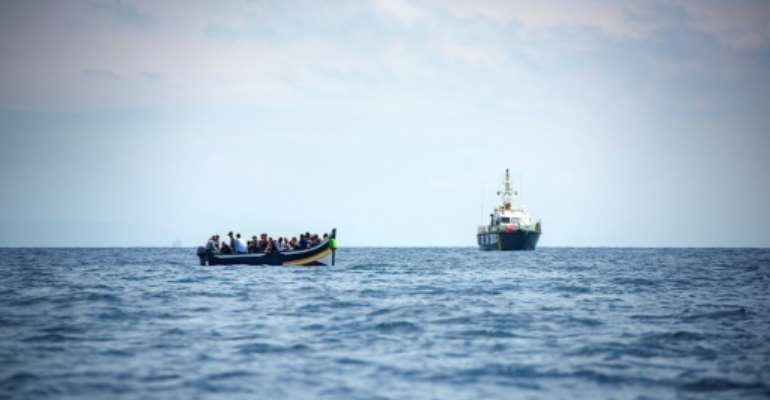 At least 1,041 men, women and children have died while trying to make the perilous journey across the Mediterranean this year. By Marcos Moreno (AFP/File)

A young African child has died off the coast of Spain after being rescued from a packed boat carrying 66 migrants, the maritime rescue services said Friday.

Aged about six, the child died on Thursday while being transported by helicopter to the southern coastal city of Almeria, said a spokeswoman, who was unable to say whether it was a girl or a boy, nor specify the nationality.

Rescuers located the boat in the Alboran Sea between Morocco and Spain in waters just off Motril, a town 100 kilometres (60 miles) east of Malaga, after being tipped off by the NGO Caminando Fronteras ("Walking Borders").

Among those on board were 20 children and 14 women, one of whom was pregnant, the spokeswoman said.

They were rescued by a patrol vessel from the European Union's border agency Frontex, which called in urgent assistance for the child who "had a weak pulse and whose temperature was below 36 degrees Celsius (96.8 degrees Fahrenheit)."

The helicopter picked the child up with its mother and flew them to Almeria where they were met by an ambulance, by which point the child had died, she said.

The other rescued migrants disembarked at Malaga on Friday morning.

At least 1,041 men, women and children have died while trying to make the perilous journey across the Mediterranean this year, with 315 of them dying as they sought to reach Spain, according to figures from the International Organization of Migrants (IOM).