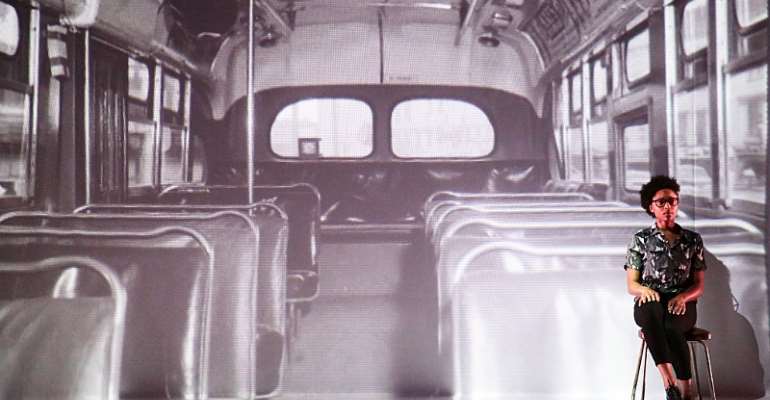 Noire is an onstage graphic storytelling performance directed by Lucie Nicolas from Collectif F71. Adapted from a book by French author Tania de Montaigne, the show tells the story of Claudette Colvin who, nine months before Rosa Parks, refused to give up her seat to a white woman on a bus.

"It is to pay tribute to Claudette Colvin and tell her story. Claudette's story has been overlooked," director Lucie Nicolas tells RFI.

In 1955, Claudette Colvin, was a 15-year-old black girl living in southern United States. At the height of segregation, she refused to give up her seat to a white woman on a bus in Montgomery, Alabama.

"The racial laws were wholly unfair but most people accepted them," says Nicolas. "Claudette stood up against them by refusing to get up from her seat."

On stage, the actress Sophie Richelieu and the graphic artist Charlotte Melly perform the story.

"The drawings are screened in real-time and the actress plays with them. They are interconnected," which Nicolas says allows the audience to imagine they are Claudette.

"Whether they are black or white, it does not matter. It's a journey through empathy."

Noire was shown at the Charleville-Mézières world puppet festival in September and will tour in France until March 2020.

For more information head to the Collectif F21 website.