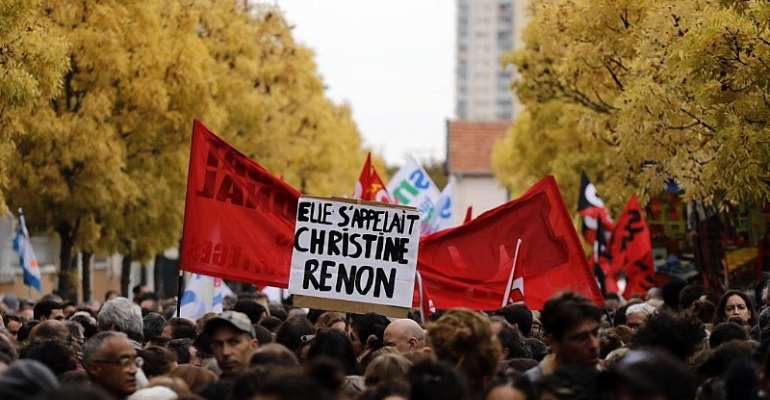 Thousands of French teachers marched on Thursday in solidarity with a headteacher who recently committed suicide in the lobby of her school near Paris. She left a letter detailing how her work overload had left her “exhausted”.

Christine Renon, 58 years old, took her own life on 23 September at her school in Pantin, north-east Paris. A school caretaker found her body in the lobby the same day.

Two days earlier, Renon had written a three-page letter addressed to about 30 colleagues outlining the pressure she was under and how the accumulation of "time-consuming tasks" relating to the government's reform programme, had left her “exhausted”.

To mark the day of her funeral on Thursday, teachers, pupils and parents protested in front of the education headquarters in northern Paris in a show of solidarity with what she'd lived through.

“We are also working in poor conditions…anyone could have done what she did,” Manon and Marion, two young teachers from the local college, told RFI.

They spoke of worsening conditions where staff are not replaced and people “are at breaking point”.

“We need to protest because, like she said in her letter, it's symptomatic of a much wider situation affecting the whole education system," said local teacher Anne-Laure.

"Workloads are increasing, there's more administration linked to the reforms, and we have fewer resources. It's disgusting the way this case has been treated."

Unsatisfactory conditions
France's education minister Jean-Michel Blanquer said Thursday he was "ready" to discuss the working conditions of school principals, and recognised they were "not satisfactory".

Teachers unions said around half of the schools in the Seine-Saint-Denis department were closed to mark Renon's funeral.

Outside of Paris, in the city of Lille, several hundred teachers marched on the education department. And in Lyon in the southeast, teachers observed a moment of silence outside a school.

A petition launched by several unions demanding "an altogether different quality of life at work" has received 85, 000 signatures so far.