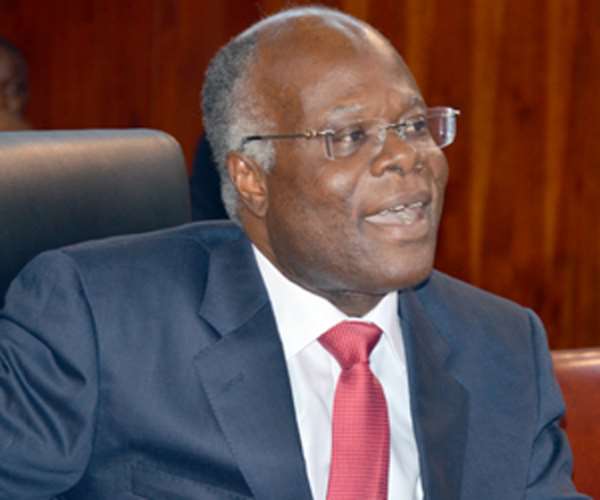 Member of Parliament for Adansi-Asokwa, KT Hammond has registered his displeasure over the controversial Comprehensive Sexuality Education (CSE) which he branded as abominable.

Speaking on Eyewitness News on Thursday, he was however of the hope that government through the Education Ministry will not introduce such programme in the country's educational system.

There is intense pressure on the Ministry of Education and the GES to withdraw the program which critics consider as a subtle attempt to sexualize children and indoctrinate them into embracing homosexuality as a normal way of life.

“He [Education Minister] is absolutely sane. He wouldn't dream of introducing anything that is abominable in this country. Definitely not NPP government and certainly not my nephew, NAPO. If it is ever the case that he (Matthew Opoku Prempeh) has come anywhere near it, I'm not sure that I intend talking to him again or dealing with him drastically.”

Mr. Hammond had in an earlier interview with a local radio station said they will burn down Parliament House should government implement the CSE programme in basic schools.

There have also been conflicting reports and denials of the inclusion of the CSE in the 2019 curriculum by the Education Ministry and the GES.

But checks indicate that CSE is actually included in the curriculum.

In 2018, the Minister for Finance Ken Ofori-Atta presented the 2019 budget statement and economic policy of government where he hinted of the CSE.

Mr. Speaker, the National Population Council (NPC) in collaboration with other stakeholders developed guidelines on Comprehensive Sexual Education (CSE) for incorporation into the national education curriculum. The Council reviewed policies that impose structural barriers to condom use in Ghana as part of efforts to effectively implement the National Condom Strategy, (2016-2020) in line with SDG 3.7,” he read from the budget statement.

Organizations/Religious Position on the CSE

A number of organisations and persons have also condemned the supposed inclusion of the CSE in basic education curriculum.

GPCC on Thursday demanded the withdrawal of the programme in its entirety from the Ghana Education Service (GES) curriculum for basic schools.

Former President John Mahama added his voice to the many calls on government to ditch the proposed Comprehensive Sexuality Education (CSE) guidelines reportedly planned to be included in the new basic education curriculum.

The Ghana National Education Campaign Coalition (GNECC) had also questioned the basis for the introduction of Comprehensive Sexual Education (CSE) by the Ghana Education Service.

Trade Minister’s promise to open Komenda Sugar factory ‘a me...
50 minutes ago