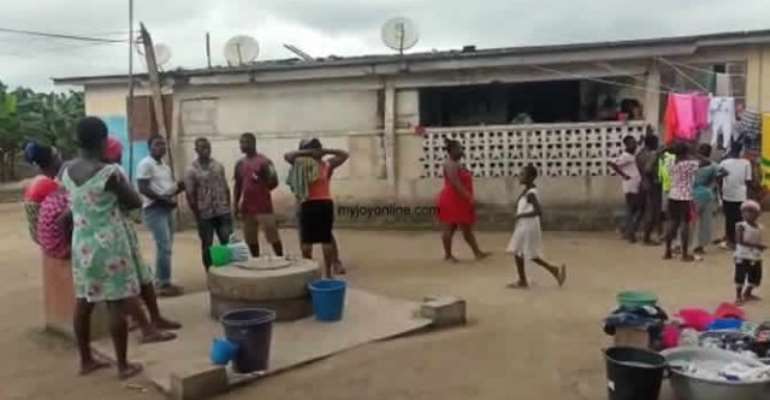 Neighbours gather at the home of the deceased

A man has fatally slashed his mother into pieces at Effia-Kwesimintim in Takoradi in the Western region.

The incident happened Friday at about 8am after the woman’s son entered the house at Sofo Zongo in Effia-Kwesimitim, JoyNews Western regional correspondent Ina-Thalia Quansah reported.

The woman, known as Daavi and believed to be in her 70’s, soon rushed out screaming ‘he is killing me’ before slumping to the ground. She was found with her cloth soaked in a pool of blood.

The suspect, Mawuli, is believed to be in his late 20’s and is a taxi driver. He also allegedly slashed his elder sister, who was rushed to the Jemimah Hospital in Takoradi.

She has been transferred to Effiankwanta Regional Hospital for further treatment. The Police at Kwesimintim have confirmed the incident and have arrested the suspect.