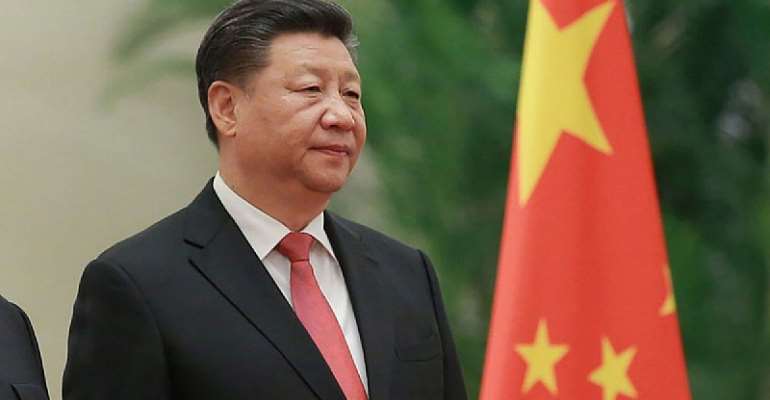 During the era of Sovietology, experts would pour over images of the gathered politburo in Red Square, gazing with grey monolithic interest upon the military hardware moving across the forum. An absent figure might suggest a potential coup; a new face, a sinister reshuffle. A wink, a smile, a glare, a compendium of bodily moves that might shed light on the destiny of the Soviet Union. In the end, no level of expertise, nor heights of psycho-babble, prepared the Sovietologist for the end of their subject.

Seventy years on, and the People’s Republic of China sees no sign of going the way of the Soviet model. Market Leninism, or Socialism with Chinese Characteristics, has done its trick, and its magic – the billionaires, the luxury goods, the feverish manufacturing, the Belt and Road Initiative – troubles the modern gaggle of China watchers. That, and much more besides.

The parade itself was decidedly dramatic, ostentatiously baroque in scope and flourish. Supersonic un-manned drones made their stage debut; nuclear missiles were given a showing. In the crowded mix were 15,000 personnel, 160 aircraft and 580 pieces of weaponry. But the scale of such performances often belies loss: the immense self-harm of the Cultural Revolution, the murderous Great Leap Forward which seemed all too often to be a Great Retarding Moment. The China of the 1950s was characterised by rigid central planning marked by “agricultural producer cooperatives” and their successor Rural People’s Communes. The market was the enemy, and had, not so much to be tamed but eliminated. The results, at various points, were staggeringly costly: the famine of 1959-1961 gathered the lives of some 30 million. Sinologists were convinced they were seeing a creature on its deathbed.

By the 1980s, the script had changed. Shanghai born veteran China watcher Arthur Doak Barnett, writing for the establishment Foreign Affairs in 1986, noted the “180-degree change of direction from Mao’s last years” with the move from “ideological dogmatism” to “eclectic pragmatism, from extreme totalitarianism toward liberalized authoritarianism, from a command economy toward ‘market socialism’, and from autarkic isolationism toward international interdependence.”

The language of that particular American mandarin is telling: China had woken up, a ray of enlightenment streaming through its policy. And it seemed to be, within reason at least, behaving, tasting the merits of a liberalised economy and casting aside dogmatism. Even more telling, Doak Barnett described China’s achievements up till that point as a series of failed endeavours: the collapse of the Manchu dynasty in 1911 which led to a republic worn and torn by war lords; the efforts of the Kuomintang to patch things up in the 1920s falling before the predatory efforts of Imperial Japan and the opportunistic inroads of the Communists. Only with the victory of Mao Zedong’s Communists in 1949 would some semblance of stability return.

Till the early 1970s, China was treated in various Western circles, notably the United States, as the lunatic who had gained control of the asylum. It was for other powers in the West to give credence in recognising the PRC and finally acknowledging that the Kuomintang, fox-holed in Taiwan, would not be returning to the mainland anytime too soon.

This approach was heavy with condescension, and both US President Richard Nixon and his Secretary of State Henry Kissinger could never quite agree who it was who came up with the idea of “bringing in” China from the arctic of international relations. But as part of the Nixon power play of détente, China would be courted, and suspicions between Beijing and Moscow stoked.

With the fall of the Soviet Union, and the absence of any rival, balancing power, the United States hunkered down in preparation for countering any emerging threats, drinking the intoxicating brew that was the Project for the New American Century. China’s development was welcomed, but the watchers were keenly taking note of any flexing muscle from Beijing. Besides, with more money, the country might start to flirt with liberal democracy.

In 2007, Giovanni Arrighi’s Adam Smith in Beijing, building upon his understanding of financial systems and global capitalism, noted China’s inexorable rise, and realisation, that aspiring hegemons must control finance and capital, far more so than technology or labour. The US, he argued, was on the wane, as it had been for some time. This paved the way for a potential Chinese-led East Asian primacy. This new hegemony, argued Arrighi, need not be militaristic, and certainly not in the order of previous US-European models. And China’s rise might well foster a more humane form of development, one not exactly capitalist but based on market exchange.

Much of this can be contested. The PRC at 70 is certainly boisterous and keen to offer alternatives for the developing world. It is squeezing out rival aid donors in Africa and the Pacific. It is proving more than a match in territorial disputes in the South China Sea. During the celebrations, China’s current President Xi Jinping was giving little hint that dogmatism has been put bed. He made it clear that “no force can shake the status of this great nation” but nor has he criticised such events as the Cultural Revolution as Mao’s successor, Deng Xiaoping, did.

The rule of emperors has been reaffirmed. China, with its spanking new set of spectacles, is reading off a different script of power that seeks to balance the ledger of history. Desperate, the US and its allies are attempting to reclassify the state as being “developed”, a designation that would require different economic treatments under the rules of the World Trade Organisation.

The China watchers, like the Sovietologists of old, have been returning to images of the parade, pondering the advances of weaponry and Xi’s message. His speech, made on Tiananmen Square, was dough and staple, but did what was necessary. “Today a socialist China is standing in front of the world.” No force, he insisted, could stop the PRC. The “century of humiliation” endured under the Qing Dynasty was being mightily addressed. The program of “complete unification of the country” would continue. Even with these remarks, Muslim Uighurs remain in “vocational education centres” in Xinjiang, and Hong Kong risks fracturing.

There was something for everybody. The weapon gazers took interest in the DF-41 intercontinental ballistic missile, a lethal delight reserved for the end. With a range of 12,000 to 15,000 km, the DF-41 has been described as “China’s first road-mobile missile” making it less vulnerable in any pre-emptive strikes. It also sports decoys and anything up to 10 independently manoeuvrable warheads. Pentagon officials will be fretting.

Amidst the anxious notes and concerns, some strikingly earthbound assessments on this seven-decade old power have been registered. “There are many problems in the world that cannot be handled without China’s cooperation.” This include the digital economy, managing IT monsters, crypto currencies, arms treaties, and exploring space. Sound observations from the editorial of Japan’s The Mainichi, despite its reservations about Xi’s turn towards authoritarian romance. But such words are not finding their mark in Washington. The war in trade and rhetoric continues.