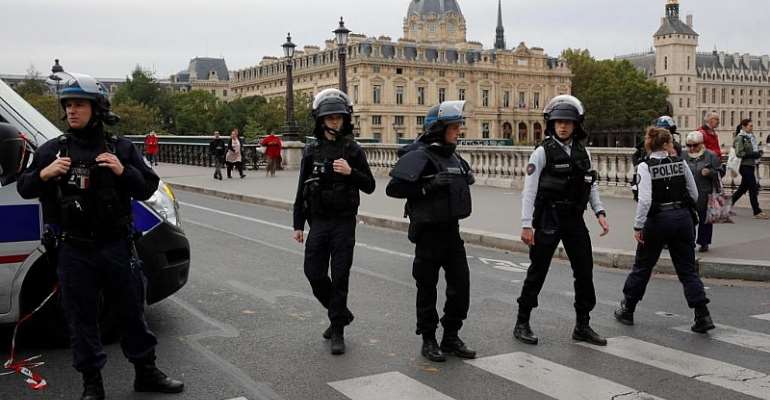 As investigators probe Thursday's knife attack at the Paris police prefecture, which killed four people, the wife of the assailant has described her husband's “unusual and agitated behaviour” the evening before the drama.

The attacker's wife told police, under questioning, that her husband had "heard voices" in his head.

She was held in custody and the man's brother was also being interrogated.

Computers used by the attacker, known as Mickaël H, have been taken in for examination.

Ceramic knife undetected
The assailant, who was 45 and had a hearing disability, was the father of 2 children.

He had worked at the prefecture for 16 years – most recently as a computer engineer in the intelligence unit.

He used a ceramic knife which would not have been detected by security screening.

For the moment, authorities remain unclear about his motives.

'No signs of alarm'
Some of the man's colleagues have talked of personal issues as a potential motivation for the attack, but investigators say all possible lines of enquiry remain open.

French daily Le Figaro cites reports that he had recently been questioned by his superior about why he had stopped greeting his female colleagues. Police sources say the assailant converted to Islam 18 months ago.

Terrorism has not been ruled out.
Nevertheless, interior minister Christophe Castaner insisted the assailant had "never shown any behavioural problems" and never aroused the "slightest reason for alarm".

Castaner was joined at the prefecture immediately after the attack by President Emmanuel Macron and Paris Mayor Anne Hidalgo.

French parliament observed a minute's silence to show their respect for those killed.