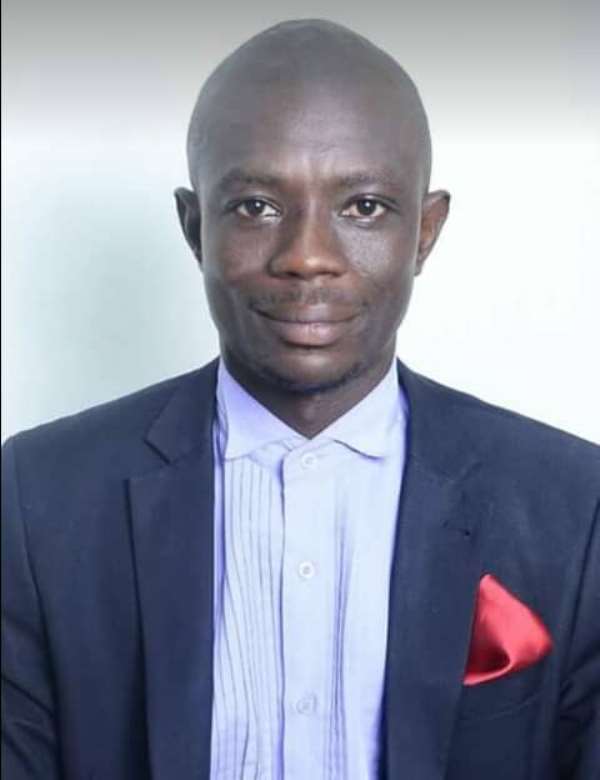 A Deputy Secretary of the opposition NDC in the Asante Akim Central Constituency who doubles as a Communications Team Member of the Ashanti Regional NDC, Emmanuel Opoku Mensah, has said on Fox Morning drive that the only legacy Nana Akufo-Addo has vowed to bequeath to Ghanaians is the LGBT.

"If we do not take care, the biggest legacy Nana Akufo-Addo would bequeath to Ghanaians will be gaysm, lesbianism and the like...," he said in a dejected tone.

He attributed his claim to the back and forth position assumed by the Education Minister relative to the implementation of the Comprehensive Sexuality Education (CSE) as part of the new curriculum introduced at the basic schools in Ghana this academic year.

According to Mr. Opoku, the NPP communicators initially dismissed the guidelines on the CSE which was in wide circulation; however, paragraph five of a statement issued by Cassandra Twum-Ampofo, the GES PRO referenced same document giving credence to the fact that the guidelines were not a creation of the NDC or its assigns.

He further argued that he had in his possession, a video of the minister for education telling the world that the government would implement the Comprehensive Sexuality Education in September this year.

The vociferous communicator said his belief in the secret intentions of the Akufo-Addo government to surreptitiously creep the program into the curricula is fuelled by what Prophet Kwabena Tawiah once said that the Nana Akufo-Addo government has turned its back to God after he (Prophet Tawiah) led the NPP to seek God's favor for electoral success in election 2016.

Speaking to journalists in Kumasi after the program, Mr. Opoku added that he has chanced on documents culled from Ghanaian Language and English Language curricula all of which had the controversial CSE incorporated in them.

In buttressing his claim further, he referred journalists to page 86, paragraph 369, of the 2019 budget statement which also had captured the CSE program already to be implemented in September 2019.

"According to the budget statement, the finance minister said inter alia, '...the National Population Council (NPC) in collaboration with other stakeholders developed guidelines on Comprehensive Sexuality Education (CSE) to incorporate into the national education curriculum'.

...Having quoted this from this year's budget statement, do you still want us to take the education minister seriously giving the clear quagmire of lies he's entangled in?", he quizzed.

The worried-looking communicator questioned why the minister has turned blind eye to technologically-based curricula America Germany and even China have evolved for their children but rather, he is advocating curricula that would not only destroy our moral fibre as a people but would see to the extinction of our cultural practices and norms.

According to him, some parents are even threatening not to enroll their children in schools for the fear that CSE may introduce their children to the abhorred homosexuality among other bad practices.

"In view of this, I call on the media especially, the civil society organizations, the Christian and Muslim communities, the traditional priests, our traditional rulers, and all God-fearing persons to wage an unrelenting war against this abomination the NPP through the education ministry is clandestinely introducing into our society," Mr. Opoku passionately appealed.