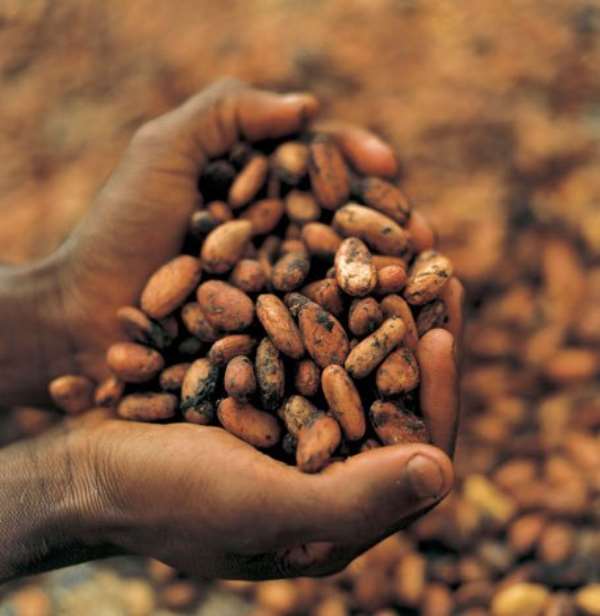 3RD OCTOBER, 2019. On behalf of the entire Regional Executives headed by Chairman Michael Aidoo, I welcome you all to this important Press Conference. To our friends in the media, we thank you very much for your cooperation and the cordial relationship you have extended to us since assumption into office as Regional Executives.

Ladies and gentlemen of the press, we in the NDC, mostly in the Western North region are highly disappointed in the Nana Addo led government for consistently rendering cocoa farmers poor. The farming profession most especially cocoa farming, has been our greatest source of foreign income all these years, it is unfortunate the lives of the farmers keeps diminishing.

The situation is much more grievous under the government of President Akufo Addo and the NPP. Over two years of the pathetic rule of Nana Addo, the price of cocoa hasn’t been increased under the guise of free fall in price of cocoa on the international market. Though, somewhat true, the prevailing exchange rate has created an opportunity for the Nana Addo government to better the lives of cocoa farmers by given them realistic price.

These cocoa farmers have been living impoverished lives for the past two years of no Increment In cocoa price amidst high cost of living in the country in addition to the sale of fertilizer to them by the same Nana Addo government which hitherto was free.

Ladies and gentlemen of the press, let me pause and ask the Nana Addo government what has changed in 2019 for which they have increased the price of cocoa by Ghc40? We still thought the price on the international market is still lower than that of 2015 and 2016. This insignificant increment clearly shows how heartless, deceptive and insensitive the Nana Addo government has been all these years. The NDC has been arguing that, though the price has fallen a bit, the Nana Addo government is getting more inflows due to the exchange rate value which makes the government of Nana Addo to get more cedis after conversion. The NDC again argues that the Akufo Addo government can cushion cocoa farmers with the stabilization fund which has accrued over Ghc500m. The Akufo Addo government completely ostracized our wise counsel and went ahead to cheat farmers by not adding a penny over this two years. It is important to note that, the current increment isn’t a true reflection of what cocoa farmers should get. Ladies and gentlemen, let us do some simple arithmetics or calculations. World market price used was $2300. Exchange rate used Ghc5.3 to $1. One tonne of cocoa is 16 bags. 2300×5.3 = Ghc12,190. Divide 12,190 by 16 tonnes that’s 12,190÷16 =Ghc761.875.

on each bag of cocoa to pay for expenses such as haulage, jute sack, transportation, shipment, CHED etc. The cocoa farmer should be left with Ghc550 and not Ghc515 which has been paid to them by the Akufo Addo government.

Ladies and gentlemen of the press, the bigger question here is why will the Nana Addo government after getting a whopping Ghc2,437,888,000 still have to steal from the poor cocoa farmer?

Emphasizing on this new price, it can be deduced that the Akufo Addo government after three years has only added Ghc40 to the price of cocoa whereas at the same period in 2015 under NDC with John Mahama as President, Ghc263 was added to the cocoa price aside free distribution of fertilizer.

Ladies and gentlemen of the press, we find it very difficult to understand that after three years of pollination, pruning, improvement in mass spraying, distribution of seedlings and even better supply of fertilizer by the deceptive government of Nana Addo, Ghana in this year has projected to buy a total tonnage of 800,000 which is far below the 969,000 metric tonnes left behind by the NDC and President John Mahama in 2016/2017 crop season. This means there have been a drop of 169,000 metrics tonnes resulting in the loss of $388,700,000 which is about Ghc2,060,110,000. This is too much money to be lost as a country. The NDC is not surprised because we have maintained from day one that President Akufo Addo is the most incompetent President Ghana has ever had under the fourth Republic. This also means their policies are not yielding any results as been purported. It is very disheartening how cocoa farmers in the Western North region live in penury even though the Nana Addo government goes about trumpeting a better life for them. They’re indeed suffering as farmers after been touted as the region which produces not less than 40% of the total tonnage of cocoa by the nation.

Ladies and gentlemen, the NDC remains the true friends of cocoa farmers in Ghana and in particular the Western North region and we again have the best policies for the cocoa sector considering our track records over the period. It is instructive to say that cocoa farmers in Ghana and in particular Western North region should reject wholly this heartless and insensitive Akufo Addo government and all their MPs and Parliamentary Candidates come 2020 God willing.