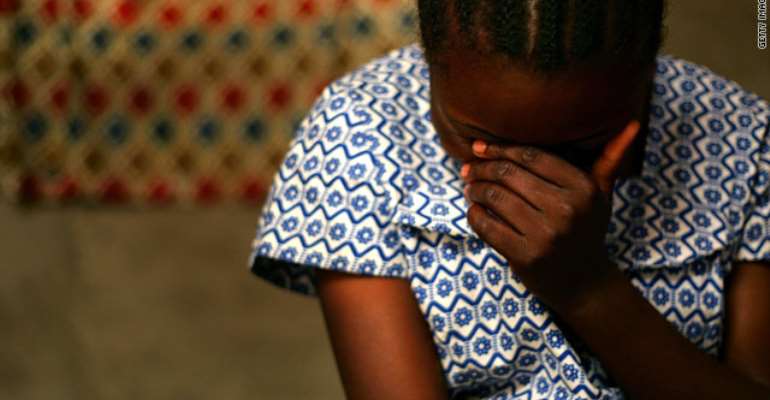 A 13-year-old girl rape victim is still suffering from the trauma she experienced after she was allegedly raped by a gang of two boys at Entsi -Dabeka in the Central Region.

The rapers whose ages are 19 and 20 years is said to have detained the girl for two days-- where they raped her in turns, having locked her up in a house belonging to one of them.

The victim, who is a Class five (5) pupil, narrated how the barbaric incident occurred to HotfmGhana.com by indicating that:

“I’ was sent by my grandmother to go and grind maize; on my way home, I saw these two boys who called me and lured me to a drinking spot and forcibly gave me malt to drink. After drinking the malt, I felt dizzy, so they took me to their house and had sex with me uncountable times”, She revealed

According to the Victim, she now feels sharp pains in her abdomen and vagina.

The grandmother of the victim , Abena Donor, told HotfmGhana.com that, she has so far reported the case to the Ajumako Police after doctors at the Ajumako Hospital confirmed that her daughter has truly been raped.