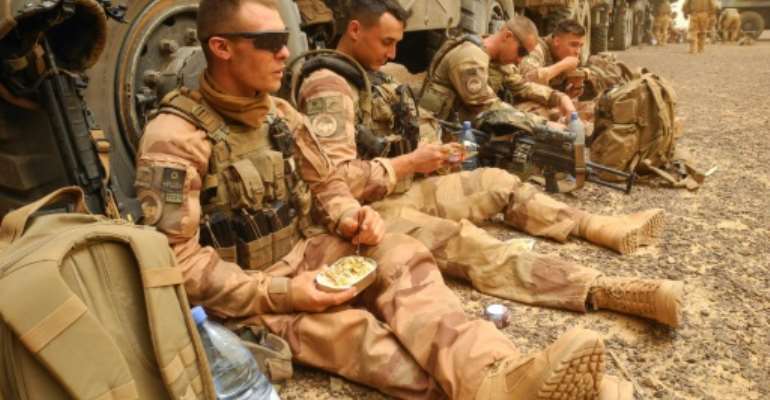 France is looking for EU reinforcements for its 4,500 soldiers in the Barkhane mission in Mali, Mauritania, Niger, Burkina Faso and Chad.. By DaphnÃ© BENOIT (AFP/File)

France has begun asking its European partners to send special forces to Mali and other Sahel nations in Africa, to shore up local forces who are being increasingly targeted by deadly jihadist attacks across the vast desert expanse.

The idea is to improve on the basic training for forces which are often outgunned and inexperienced, and free up France's 4,500-strong Barkhane operation to focus on pursuing insurgents and preventing attacks.

So far, only Estonia has stepped up, pledging in late September to send 50 soldiers to participate alongside the troops France has stationed in the region since 2013.

"Talks are underway with several countries," a French government source told AFP, asking for anonymity to discuss the potential deployments.

For France, building up the armies of Mali, Burkina Faso, Mauritania, Chad and Niger is the essential first step before any drawdown of its troops.

So far these countries' armies are far from ready to stand on their own.

A previous toll put the number of dead at 25 troops.

The jihadists made off with a large quantity of arms, ammunition and equipment before Malian special forces, with support from French warplanes and helicopters, fought back.

Last Saturday three attacks were carried out on villages and an army unit in northern Burkina Faso, killing seventeen people including a soldier.

The Burkinabe army, which itself has suffered heavy losses, has been unable to stop the attacks that have prompted some 300,000 people to flee for the south.

The stakes are high as Paris seeks to prevent insurgents affiliated with the Islamic State group, Al-Qaeda and others from taking root in the sparsely populated areas.

"Europe will have two swords of Damocles over its head: terrorism and kidnappings, but also illegal migrants, since many are travelling through these areas," Defence Minister Florence Parly warned in June.

France is hoping to form a new Combined Joint Special Operations Task Force (CJSOTF) for the Sahel, whose missions would echo those of the Operational Mentoring and Liaison Teams operating in Afghanistan. 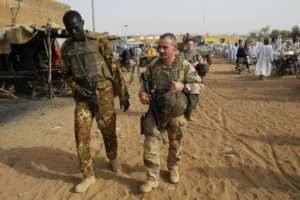 "These men would be under French command, but as in any coalition, with 'caveats'," the limits set by different countries on what types of operations their troops can take part in abroad, a French army source told AFP.

"One of the main impacts we're looking for is to bring fresh energy to accompany local forces," he said.

Despite the years of training efforts by Barkhane specialists as well as Europe's own EUTM training mission, the Sahel armies remain poorly equipped and plagued by high desertion rates.

And even if France succeeds in convincing EU nations to step up with special forces, they would be dispersed across five countries covering a semi-arid expanse as large as Europe.

Britain, Italy, the Czech Republic and Scandinavian nations in particular have elite units that could be drawn on for Barkhane.

The task won't be easy: In the deadliest attack yet on its army, Burkina Faso saw 24 soldiers killed in an attack on a base in Koutougou, near the Mali border, on August 19.

According to several sources who spoke to AFP, the highest-ranking Burkinabe soldier on site was a chief warrant officer.

His men had warned of an imminent attack after learning that insurgents had gathered at a crossroads near the camp the day before. But no reinforcements arrived before the attack began.