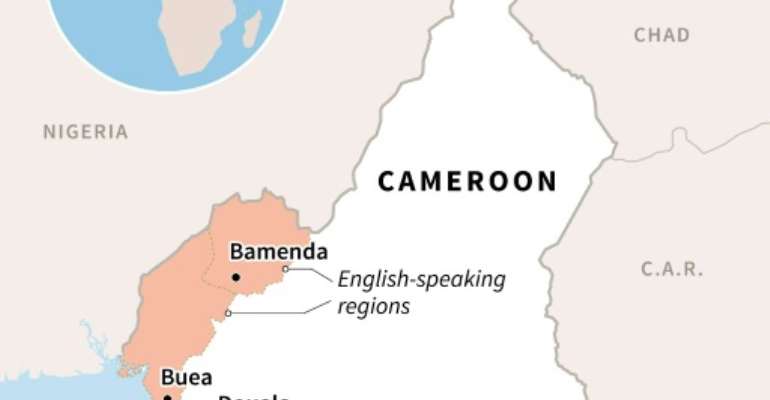 President Paul Biya on Thursday ordered the release of several hundred detainees linked to the separatist crisis in Cameroon's anglophone regions as talks on the turmoil ended their fourth day.

"The president has asked for the release of more than 330 people who have been arrested because of the troubles in the Northwest and Southwest" regions, Prime Minister Joseph Dion Ngute said.

He made the announcement at a national "dialogue," launched by Biya, on resolving a crisis that has left thousands dead, driven hundreds of thousands from their homes and inflicted escalating economic damage.

The premier said Biya sought "a measure to calm (the situation)... while we continue our work."

He read a statement first in French and then in English, and was given a standing ovation by many participants.

Separately, the president's office issued a communique that said there were "333 persons concerned" by the measure.

Armed separatists in the Northwest and Southwest regions have launched a campaign two years ago for independence from Cameroon, where French is the predominant language.

Biya's government has responded with a crackdown that rights groups have fiercely condemned.

Biya's "dialogue," which opened on Monday and is scheduled to end on Friday, brings together political groups, civil society and religious groups, as well as representatives of the armed forces.

But armed rebel groups have snubbed the forum, and analysts have questioned whether the initiative can achieve much while the main separatist leaders are behind bars.

"We hail the president's decision to release 330 detained anglophones, it's a step in the right direction," Felix Agbor Nkongho, a leading anglophone lawyer and human-rights defender who is taking part in the forum, told AFP.

"But we call for a general amnesty for all those who are being held, and for people in the diaspora who are under investigation."

In August, secessionist leader Julius Ayuk Tabe -- the self-proclaimed president of "Ambazonia" -- was sentenced to life in prison along with nine of his supporters.

Biya, in his announcement of the "dialogue" on September 10, made no mention of any release of these figures, although he reiterated an offer to "pardon" any separatists who voluntarily lay down their arms.

English-speakers account for about a fifth of Cameroon's population of 24 million.

They are mainly concentrated in the Northwest and Southwest regions, which were folded into Cameroon after the colonial era in Africa wound down six decades ago.

Resentment has festered there for years among English-speakers who complain of discrimination and marginalisation, especially in education, the judiciary and economic opportunities.

Biya, 86, who has been in power for nearly 37 years, has repeatedly refused demands for decentralisation or a return to Senegal's federal structure -- a move blamed for radicalisation of the anglophone movement.