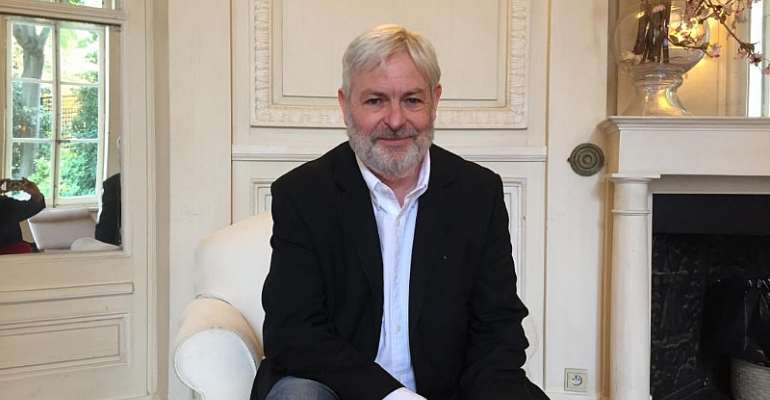 British author Jonathan Coe has just released his latest book Middle England in French, published by Gallimard under the title "Le Coeur d'Angleterre". The state-of-the-nation novel takes us through major political events from 2010, the Brexit referendum in 2016 and the current chaos of the fallout.

In Coe's latest book, we meet Benjamin Trotter, who has already appeared in his other works.

Trotter is struggling with writer's block.
His personal story sits alongside those of a colourful range of characters from all walks of life, and through these we begin to grasp the damage this political upheaval has had on the country and its inhabitants.

RFI 's Catherine Fruchon went to meet Coe, and began by asking him what made him start the book in the first place, and to what degree did his main character's frustrations with Brexit mirror his own?

*The original questions were translated from French and added to the the extract of this interview.