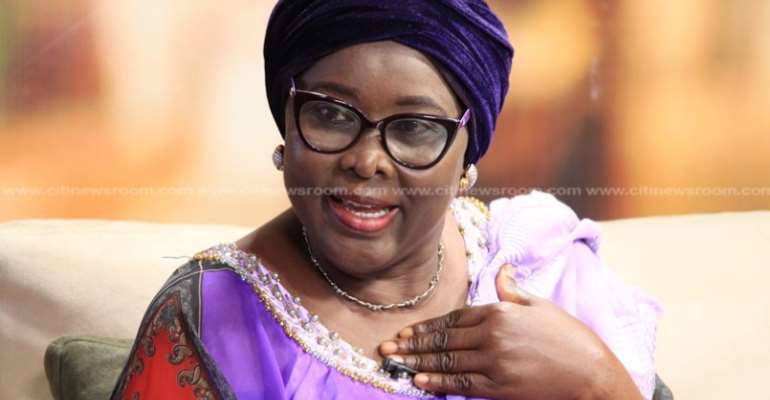 The Minister for Local Government and Rural Development Hajia Alima Mahama has charged Metropolitan, Municipal and District Assemblies (MMDAs) to enforce the by-laws on landlords to construct toilet facilities in their homes to help curb open defecation.

She said MMDAs should also apply sanctions on landlords who have built houses without toilet facilities to ensure good sanitation and healthy living in the country.

Hajia Mahama who is the Member of Parliament for Nalerigu-Gambaga Constituency said this in Tamale during her tour to some communities in the Tamale, the Mion District and the Yendi Municipal Assembly all in the Northern Region.

The tour was aimed at assessing the sanitation situation of the Region as well as come out with modalities on how to effectively sustain the gains and lessons learnt from the CLTS programme, and other sanitation initiatives from NGOs, to ensure total ODF across the country.

Hajia Mahama urged the MMDAs to effectively interact with community members on the importance of constructing toilet facilities in their homes and the need for them to practice good sanitation.

She commended the Mion District for its efforts in attaining about 98 percent in the ODF measurement and urged other districts to emulate that.

Mrs Margret Gwala, Chief of Field Office, UNICEF -Tamale, said Water, Sanitation and Hygiene (WASH) was one of the major focus areas of UNICEF in the five regions of Northern Ghana.

She said in the Northern Region, UNICEF covers about 1,000 communities under its Community Led Total Sanitation (CLTS) programme as part of efforts to complement and support the decentralized sectors in the Region.

Mrs. Gwala said most communities had began owning the CLTS process, saying “the region is currently about 58 percent ODF as compared to previous years”.

She indicated that CLTS had promoted gender and community empowerment such as the establishment of the Village Savings and Loans Association (VSLA) for women groups as well as provided training for artisans on Latrines construction, thereby empowering and improving on citizens well-being.

Mr Salifu Saeed, the Northern Regional Minister, gave assurance that the region would do its best to improve on its sanitation issues as the Minister’s visit to the Region had motivated the region to work hard to achieve its dreams.

The Minister for Local Government and Rural Development and her entourage would tour other communities in the North East Region.