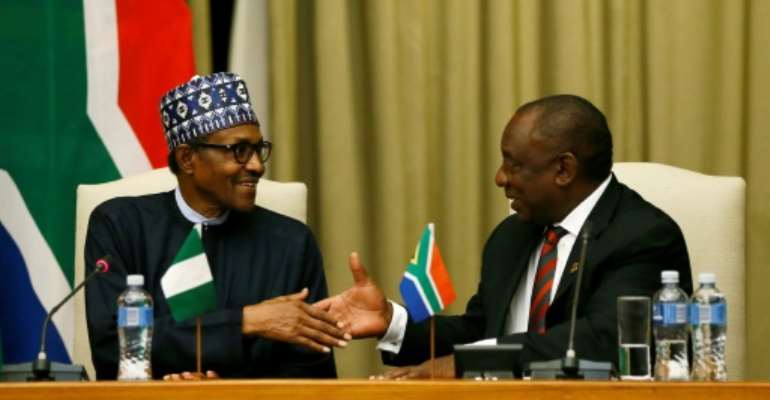 The presidents of Nigeria and South Africa on Thursday agreed to share intelligence and launch "early warning mechanisms" to prevent attacks on foreign nationals, weeks after xenophobic violence in Johannesburg stirred tension between the continent's largest economies.

Muhammadu Buhari and South African counterpart Cyril Ramaphosa discussed trade and political ties at the start of Buhari's three-day state visit, the first by a Nigerian leader since 2013.

The talks were overshadowed by a recent spate of attacks against foreign workers in South Africa, many of which were directed at Nigerians.

In the wake of the violence, Buhari and Ramaphosa said they would work together on policing and early-warning systems as well as shared intelligence to prevent similar incidents.

"We have agreed to set up mechanisms between our two countries," said Ramaphosa, addressing reporters at the presidential office.

"Early warning mechanisms will be set up so that when we see there is restiveness in both of our people... we will be able to inform one another.

"Our condemnation of all forms of intolerance and acts of violence remains firm," he said.

"We are equally committed to upholding the rule of law and ensuring that all those involved in criminal activities, regardless of their nationality, are prosecuted."

Mobs descended on foreign-owned stores in and around Johannesburg in early September, destroying properties and looting.

At least 12 people were killed, most of them South African.

Violent attacks targeting foreigners erupted notably in 2008 and 2015, drawing apologies and introspection in a country that suffered racist white-minority rule for decades and which now prides itself as a "rainbow nation" for people of all colours and communities.

Buhari condemned the latest violence and echoed Ramaphosa's calls to pre-empt such attacks.

"Our respective police forces and security agencies must be very alert," he told the press conference. "They must infiltrate the communities and know their thinking".

Ramaphosa, who has repeatedly apologised for the attacks, reiterated his government's "deep regret". 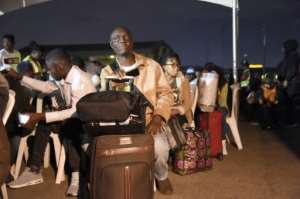 Nigeria repatriated hundreds of nationals after the violence. By PIUS UTOMI EKPEI (AFP/File)

He dispelled the perception that xenophobia was only targeted at Nigerians and stressed the importance of balancing economic relations between the countries.

Africa's most industrialised economy is a magnet for migrant workers seeking better job prospects on the continent.

Nigerians make up a significant part of that population, which also includes people from Malawi, Zimbabwe and South Asia.

South Africa's business involvement in Nigeria is based on larger companies such as its telecoms giant MTN, leading supermarket chain Shoprite and Standard Bank. 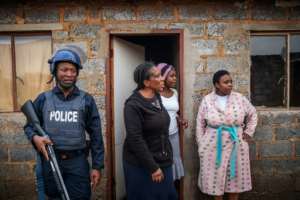 "South Africa has a number of large corporations that operate in Nigerian market. In the South African market, many of them are small and medium enterprises," said Ramaphosa.

"We want to address this imbalance do that we have more and more slightly larger Nigerian companies coming to operate here," he said.

In a joint statement, both presidents welcomed "steps to increase trade volumes as well as private sector investments".

A "town hall meeting" between Buhari and Nigerians living in South Africa is scheduled on Friday where they will share their experiences.

Buhari, however, exhorted his countrymen to respect the laws of the nation, they are living in.