'Year of Return' Will Help Grow Our Economy - Akufo-Addo 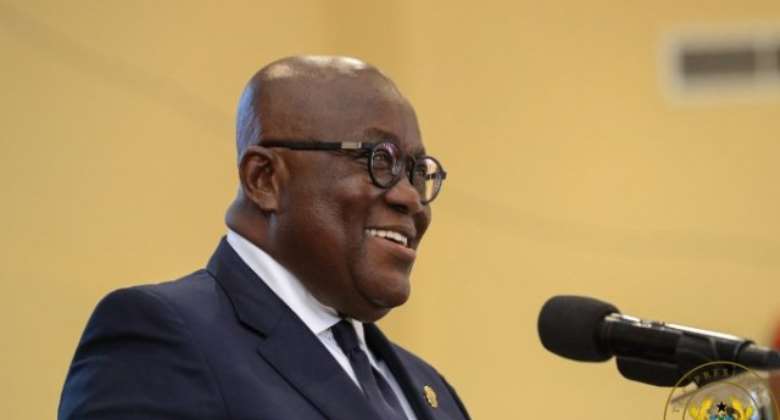 President Akufo-Addo has expressed optimism the ‘Year of Return’ will foster growth for the Ghanaian economy.

The President who was speaking at the Ghana Uk Based awards, GUBA, in Manhattan, New York said the idea of the 'Year of Return' is to unite the African continent through partnership as well as make a commitment towards economic prosperity.

"One of the things that it does for me is to tell me how lucky I am when I look at the diversity of talents that have been on show tonight, how lucky I am to be President of a country that produces such talents. People have asked me why I have decided to call this year, the year of return. The reasons are straight forward.”

“It is 400 years ago that the first 20 West Africans landed as slaves in Jamestown, Virginia. The door which they went through mostly from Ghana had on it, the door of no return. I think after 400 years of resilience of the black people here despite all the horrors and the tragedy that they have been through, they should be able to come back to the continent for the 400 anniversary to show the triumph over adversity that represents the black people of America and Caribbean," he said.

The President also added that the ‘Year of Return’ is to serve as a reminder to make a commitment not allow such a horror to happen again.

President Akufu Addo also commended GUBA Enterprise for hosting the event in the United States of America which he says is significant for the ‘Year of Return.’

Other speakers including the African Union's ambassador to the United States Arikana Chihombori-Quao charged African leaders to prioritize job creation to prevent young entrepreneurs from leaving the continent in search of greener pastures abroad.

She was hopeful the African Continental Free Trade will accelerate intra-African trade to boost the continents trade position globally.

The 2019 Guba awards was held for the first time after 10 years in New York, US.

Distinguished Ghanaian individuals and organizations were honoured for their contributions to socio-economic growth both at home and abroad.

Right to Dream USA - Charity of the Year

President Akufo-Addo also received a citation for his efforts in Diaspora mobilisation.

This year's awards was focused on the sustainable development goal 17 which is to revitalize the global partnership.

CEO of GUBA Enterprise Dentaa Amoateng who described this year’s awards as a tremendous success is hopeful the event will attract more business collaborations back home.