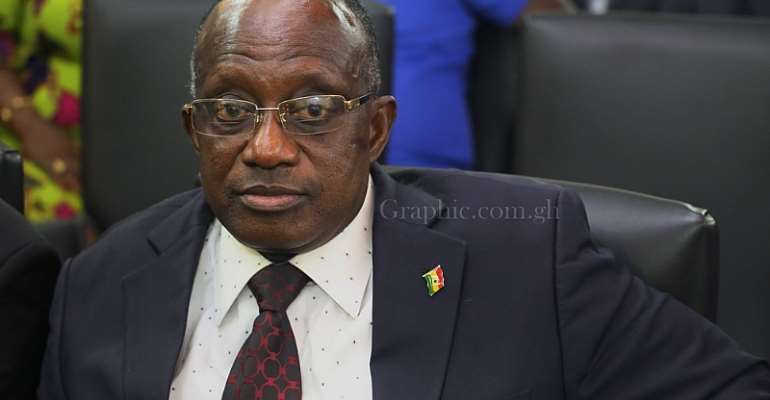 Youth Coalition for Progress (YCP) has taken due notice of a GHANA WEB publication titled, “I have no respect for Ashanti’s who demonstrated against the government” dated Wednesday, 2nd October, 2019.

It must be noted that, Youth Coalition for Progress was not formed for any political expediency as it was formed out of an old students association mainly because of the frustration and stress members and their families go through using the Sofoline, Tanoso-Abuakwa road. The unbearable traffic which we have termed as “STATE SPONSORED TRAFFIC” does not call for the usual rhetoric’s from our leaders as Budget Statements read on the floor of parliament from 2007-2019 only suggest the obvious.

First, the Minister’s statement, “As for them I don’t respect them and I won’t address them; because they did not show me respect by organizing those demonstrations. Some of them are assemblymen, as they should have channeled their grievances through their respective chief executive or even through me, ask them if they did any such steps” does not add up.

Citizens who embark on legal and peaceful demonstration do not need to sit down with a Minister for discussion in order to be respectful on a matter especially of this nature where the people have tolerated government for twelve (12) years running. These people cannot be termed as disrespectful. The anger and stress of the people accumulated over decades cannot be vent out in the Minister’s office.

In fact, we rather stopped people from relegating into Thomas Hobbes “State of Nature” by channeling the anger of the people through a peaceful demonstration.

Again, the Executives of YCP throughout our campaign for the road to be fixed for almost three months before the demonstration did not insult or disrespect the Hon. Minister in any submission made. Therefore, it comes as a surprise to accept the Minister’s statement. We are disappointed in the Minister for choosing to disrespect citizens who embarked on a legal and peaceful demonstration instead of calming nerves down and pushing for the completion of the project.

The claim that some of our members are assemblymen is factually incorrect. No Assembly member is an executive member of YCP. However, even if there is any in other youth groups, the Minister should rather concede that, the situation amounts to a great lack of trust in the assurances leaders like him have been given. The responsibility of the Minister mainly is not to explain things but rather act.

Again, to say that, the Municipal Chief Executive was not informed is out of place. We sent him a letter of invite for a petition and assured him of an opportunity in reaching out to the people. The same MCE failed to show up but rather enjoyed himself talking about the same issue on radio that particular day. What is more disrespectful than this?

Moreover the Minister’s statement, “they are not my focus; my focus is on the people of the Ashanti region, for whose wellbeing and development I have been appointed their Minister and not those who embarked on the demonstration; I will not address them” is regrettably sad. The Minister should know better in terms of the voting pattern of the people of Atwima Nwabiagya. Those who throng on the streets of Abuakwa and Tanoso are the same people who voted for his government to be in power. Our elders say, if you don’t get anything for your in-law, you don’t steal from him or her. The Minister must again, remember that, you don’t destroy where you eat from.

The Demonstration was only fronted by the youth but included drivers, business men and women, and market women. Thus to a larger extent, disregarding all these hardworking citizens who are calling on government not to put money in their pockets but rather solve the “STATE SPONSORED TRAFFIC” in order to save their jobs and increase productivity.

On that note, the Minister disrespecting us do not in any way help in completing the Sofoline Interchange Project. We urge him to rather find out why the President directed the Finance Minister to release $27 million dollars equivalent to GHS 121,500,000 at the prevailing exchange rate last year but the Minister of Roads and Transport paid only GHS30 million to the contractor whiles government owes the contractor over GHS200 million.