Don't Be Complacent In HIV/AIDS Fight — US Ambassador 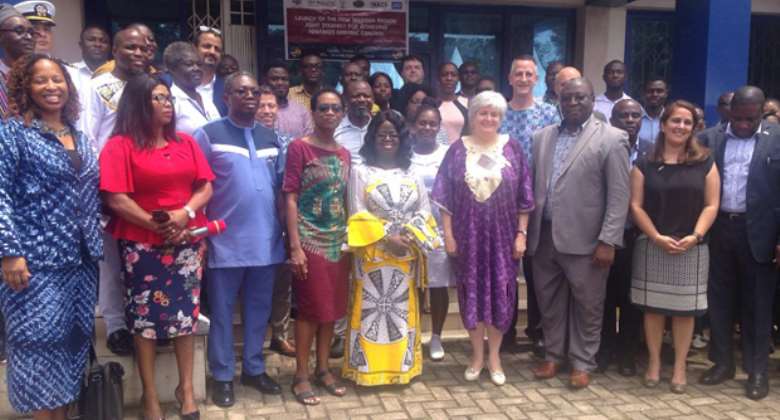 Group photograph of some participants including the US Envoy

The US Ambassador to Ghana, Stephanie Sullivan, has cautioned against complacency in the fight against the deadly HIV/AIDS disease in the country.

She said stigmatization and discrimination have remained significant barriers in the fight against the pandemic and called on health authorities to step up their game.

Launching the new HIV/AIDS Joint Strategy in the Western Region yesterday towards achieving control by September 2020, the Ambassador called on health facilities “to identify new cases, link positives to treatment and ensure that they stayed on treatment.”

She said that the US government is committed to supporting the implementation of proven strategies such as index testing, tap into existing local networks to get people tested, treated and remained on treatment.

The new strategy aims to achieve the United Nations AIDS 90/90/90 fast track goal particularly in the Western Region which has more than 20,000 female sex workers and high prevalence in terms of HIV and AIDS.

The Ambassador explained that viral suppression helped people living with HIV to live healthy and productive lives as well as prevent the spread of the virus to other people.

She stressed that the U.S Embassy would work with the Ghana Health Service and the Ministry of Health to ensure that drugs reached health facilities.

He disclosed that the US project targeted Western Region because of the spate of industrialization and the influx of female sex workers.

“The United States supports the Government of Ghana to address the epidemic among key populations since the prevalence was high among them,” she added.

Gifty Kusi, Deputy Western Regional Minister, was grateful to the US government for prioritising the health needs of the region.

She pledged for the continuous support of the Regional Coordinating Council for a successful implementation of all interventions to achieve the 90/90/90 by September 2020 in the Region.

Mrs. Angela Trenton-Mbonde, UNAIDS Country Director said there is going to be a strong partnership to help achieve the targets.

Badu Sarkodie, Director of Public Health at the Ghana Health Service (GHS) mentioned that the GHS had signed an MOU with all Directors of Health to ensure that the needed attention was given to all public health activities.