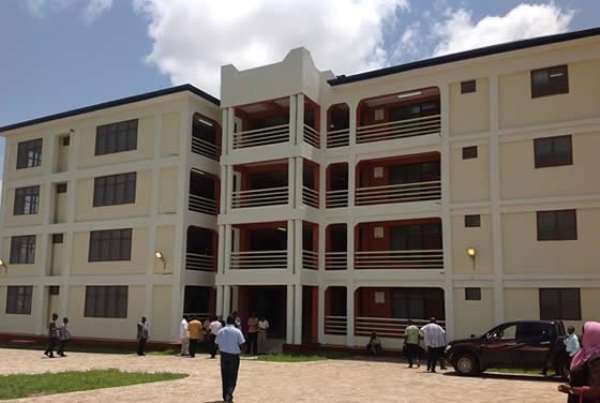 The Upper West Regional Minister Hafiz Bin Salih has promised the debts owed by tertiary institutions who had their power cut in the capital, Wa would be cleared.

Hafiz Bin Salih assured to clear the Northern Electricity Distribution Company (NEDCo) debts owed by the University of Development Studies, Wa campus and the Wa Polytechnic after they were cut off.

This statement was made by the minister in a meeting with NEDCo, the Wa district supervisor of NEDCo, Martin Ayimadu, revealed.

According to him, the minister stated that it has become necessary to take up the matter because of security reasons and students' safety.

Power supply to the two institutions was cut off on Tuesday over a Gh¢ 7 million debt owed by these institutions.

Although supply was restored 24 hours after they were taken off from the national grid, Mr Ayimadu said he was aware of the implications of the power cut, but NEDCo’s interest also had to be considered.

He indicated that the action was to get the heads of the institutions and others like them owing to settle the debt.

The NEDCo district supervisor said he has been assured of Vice President Dr Mahamadu Bawumia’s intervention to the matter resolved.