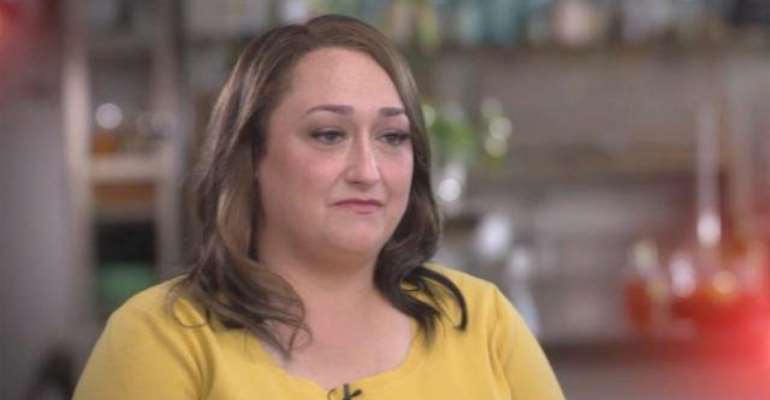 In 1985, Kansas serial killer believed to have murdered at least 10 women in two states killed Lisa Stasi, a 19-year-old mother whose body has never been found.

Until 2000, investigators were flummoxed as to what happened to Stasi’s 4-month-old daughter, Tiffany, with whom the young mom had left the night she was last seen.

The truth turned out to be shocking.

This Friday on ABC’s 20/20 , co-anchor Amy Robach sits down with Heather Tiffany Robinson, who was 15 when she learned that her adoptive dad was the brother of the man who killed her mom.

After murdering Stasi, the killer, John Robinson, left the scene with her infant. He then forged adoption papers before handing the child over to his brother and sister-in-law, who were desperate for a baby.

They renamed her Heather.

Investigators believe that Heather’s adoptive parents had no idea John — a father and grandfather — was a cold-blooded killer, or that they knew of the horrific truth behind how he came to possess the infant girl. Heather’s interview with 20/20 marks the first time she has spoken about her ordeal. (The two-hour episode airs Oct. 4 at 9 p.m. ET, on ABC.)

In an exclusive clip obtained by PEOPLE, Heather told Robach that finding out that her birth mother didn’t voluntarily give her up didn’t provide her any solace.

“No, it made it worse,” Heather said. “Everything I had fantasized and created about Lisa was completely taken away.”

Robach, in an interview with PEOPLE, says, “Heather surprisingly wasn’t shocked to hear of John Robinson’s crimes. She says she always got an uneasy feeling from him growing up.”

Authorities arrested John in 2000 for theft and sexual battery. But a search of a property he owned elsewhere in Kansas led to the discovery of two missing women, whose bodies were stuffed in large barrels. Two other bodies were found in a storage unit rented in his name.

Robach tells PEOPLE she thinks it’s fascinating that, “in the midst of investigating the murderous spree of John Robinson, detectives discovered that missing baby Tiffany, presumed dead, was actually alive and being raised by John’s own brother. It was a shocking twist no one expected, especially Heather.”

A jury convicted John of three murders in Kansas and he was sentenced to death. John also pleaded guilty in Missouri for the murders of five more women, receiving five life sentences without parole.

John, who sits on death row in Kansas, has appealed his sentence in that state.

The remains of two other women John has claimed to have murdered have never been recovered.

Heather isn’t the only interview featured in the 20/20 special. The program also includes segments with Donald Robinson, John’s brother, and Heather’s husband, Roberto Ramos, who is helping his wife investigate Lisa’s past.

“Becoming a mother inspired Heather to search for answers about her birth mother and her early life,” says Robach. “Heather’s dedication to finding out more about her mother — how she lived and how she died — is inspiring and heartbreaking at the same time.”

Robach tells PEOPLE she has profound respect for Heather, citing her “ability to move forward despite all of the incredible tragedy she’s endured. She decided to not allow this trauma to define her. She wants to forge a new path and ultimately help others by telling her story.”