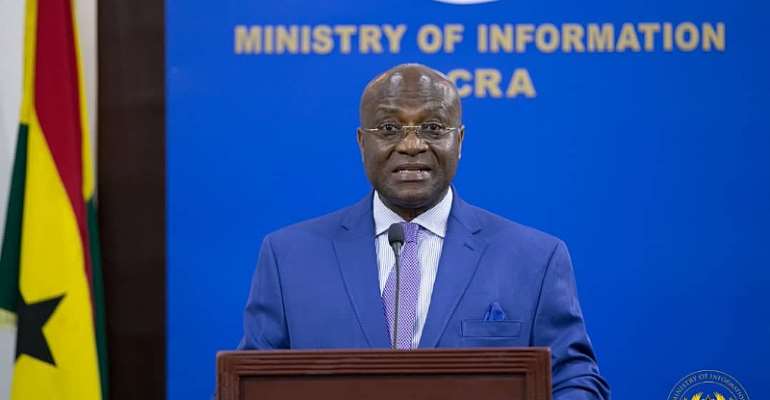 According to him, the engagement discussed among others include the concept of vigilantism and its history in Ghanaian politics.

Briefing the media on four major projects the Ministry had undertaken since its inception in 2017, the majority leader said: "Our dialogue also assessed the adequacy or otherwise of the existing and proposed legal frameworks to address the menace, including the Vigilantism and Related Offences Bill, 2019".

He also added that the dialogue identified the causes, consequences and sources of funding.

The majority leader mentioned that the discourse examined the nature of political support from both government and opposition parties in addressing it.

"The meeting further identified the various contributions and interventions the media could make to address the menace of vigilantism," he said.

Hon. Osei Kyei-Mensah Bonsu noted that a pluralistic media offers valuable channels for participation in the formulation and implementation of public policies and programmes.

"The Ministry in collaboration with the Parliamentary Training Institute and Parliamentary Network Africa organised a training programme for media practitioners on the role of MoPA and its relationship with Parliament," he disclosed.

The majority leader stated that the Ministry's second interaction with the media was an opportunity to interrogate the workings of Parliament since 1993.

He noted that the presence of the leadership of Parliament at the forum provided journalists with the opportunity to ask very critical questions.

“The growing trend of monetization in the country’s electoral processes has reached an alarming proportion, thus becoming a national crisis,” he stressed.