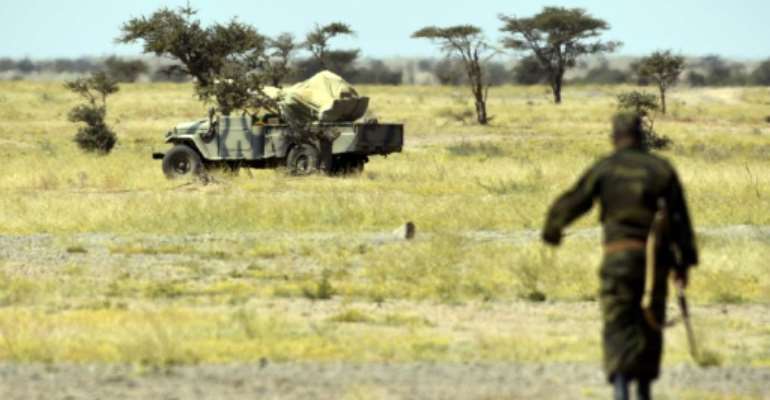 Morocco annexed Western Sahara in 1975 and has clashed with the Polisario Front which declared the former Spanish colony independent. By Farouk Batiche (AFP/File)

UN Secretary General Antonio Guterres said he hopes to maintain the political "momentum" to seek a solution to the Western Sahara conflict, despite having not had a special envoy to the region for the past four months.

In a report Wednesday, Guterres praised the progress made by the UN's former envoy, Horst Kohler, who left the position in May for health reasons.

He "was able to reinstate a much-needed dynamic and momentum to the political process, including through the round-table process he launched which brought together Morocco, Frente Polisario, Algeria and Mauritania," Guterres said in the document delivered to the Security Council.

Following a long period of inaction, two round tables in Switzerland in December and March brought together the various parties, though without reaching any significant breakthroughs.

"It is therefore essential that the continuity and momentum in this political process is not lost," Guterres said, despite the fact that Kohler so far does not have a successor.

Many diplomats have lamented the difficulty in finding the right fit for his replacement -- someone who is willing to work on what sometimes seems like an endless dilemma.

Morocco annexed the former Spanish colony and fought a war with the Algeria-backed Polisario Front from 1975 to 1991, when a ceasefire deal was agreed.

A UN mission was deployed to monitor the truce and to prepare a referendum on Western Sahara's independence from Morocco, but it never materialized.

The UN maintains a peacekeeping force of 240 Blue Helmets (MINURSO) charged with monitoring the ceasefire.

Between April and September, "the situation on the ground in Western Sahara remained relatively calm despite some uncertainty (...) and the ceasefire between the parties was respected," Guterres said in the report.

There is a plan for monthly military meetings, but there is disagreement over where to hold such meetings.

"There is continued lack of trust between the parties," Guterres pointed out.

The Security Council is expected to renew MINURSO's mandate this month.