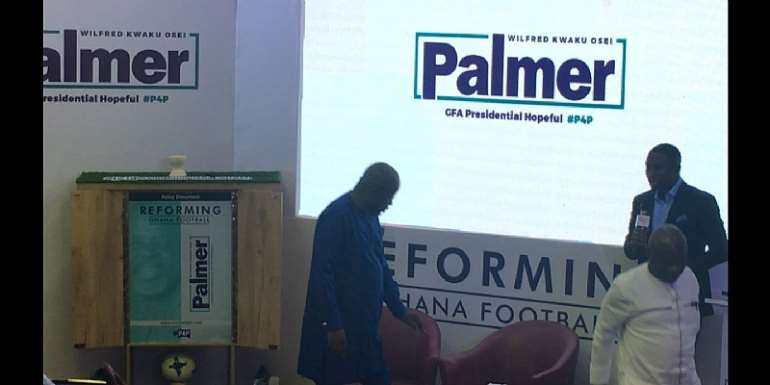 The Ghana Football Association's (GFA) Presidential Hopeful, Wilfred Osei Palmer has disclosed that corrupt referees will be dealt with drastically in the new soccer season.

According to him, although the expose by Anas has brought the beautiful game to a halt, he is confident the next season will reward officials who will act as whilst blowers to expose the bad ones.

Speaking at a manifesto launch, the Presidential hopeful said “We will come up with new ideas that will seek to reward referees who will act as whistleblowers. We will not just reward instantly but demand concrete evidence before doing the needful”.

A year ago, Investigative Journalist, Anas Aremeyaw Anas released a shocking video of bribery and corruption in Ghana Football. The video saw top officials of the game engaging in one or more acts of corruption. Notable among them were officiating officials who were either bribed before, during and after a game. This led to the world football governing body, FIFA banning Former President Nyantakyi and some referees.

The Football Administrator said “I have risen through the rank and file. I am happy to say Matthew Amoah, Ishmael Addo, Bernard Dong Bortey are my products”.

He says he is confident Ghana football will be at its best again.