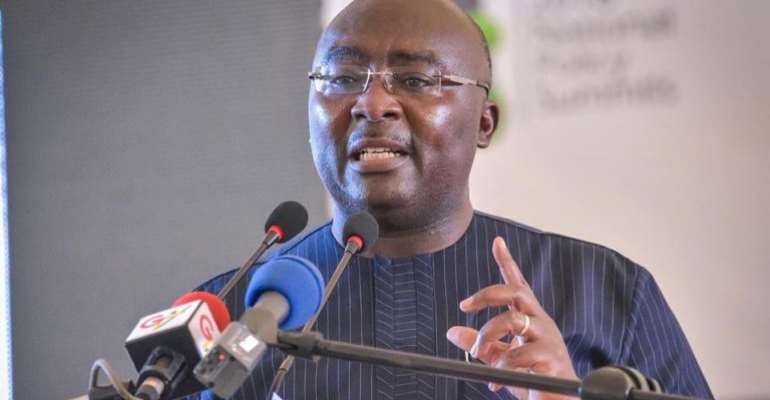 Dr. Bawumia said the marginal increment cannot be compared to the over 100 percent increment announced under the NDC.

But speaking at the launch of the Youth Employment Agency (YEA) Job Center in Accra, Dr. Bawumia said between 2013 and 2016, the NDC under John Mahama had increased utility tariff by 166%.

“Recently, which is yesterday, you would have heard that the PURC has increased electricity tariff by 5.6 percent and it is very important for us to have some perspective on this because electricity has a bearing on the cost of doing business and so we have to be having our eye on it so that we do not overburden businesses. What was the situation before we came into office; in 2010, the average increase in electricity was 89%, 2011 was 10%, 2013 was 78%, 2014 was 28.3 %, 2015, 59.2 percent.”

“Between 2013 and 2016, just the last four years of the NDC government, the cumulative increase in electricity tariff was 166%. It is against that background that we said this is not good for job creation. If you want to create jobs, you have to reduce the burden of electricity pricing on our people and this is why when we came in and it had never been done before, that of course in 2018, we reduced electricity prices for businesses by 30 percent and for households by 17.5 percent, average of around 22 percent. Notwithstanding that, earlier in July, there was an increase in electricity prices of 11 percent and yesterday of 5.6 percent. When you take the total cumulative increase on average, as I said between 2017 and today, you have a cumulative decrease of about 5 percent,” Dr. Bawumia argued.

There had previously been an 11.17 percent increase in electricity tariffs back in June.