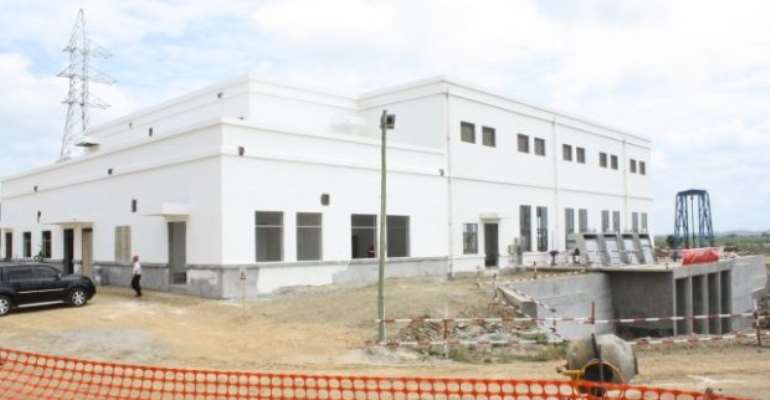 The Teshie Desalination plant has been shut down again by the Ghana Water Company Limited (GWCL).

According to Citi News sources, an exercise conducted by the Water Company revealed excess chemicals, necessitating the shutdown.

Over the period, residents of Teshie have called for the shutdown of the plant, lamenting that water produced by the plant poses a health threat to them.

The Teshie Desalination plant is also noted for some controversial contracts between the Ghana Water Company Limited and Befesa Desalination Development Ghana, which was reportedly costing the government an amount GHc6 million monthly.

“Let me confirm that indeed there is a shut down of the desalination plant. There is a comprehensive report that the communication directorate of the company will give out to the media. There will be full disclosure from the media regarding the reason. I can tell you that the reasons are good, it is a necessary step and it is in the interest of Ghanaians that such a decision will be taken.”

“Whatever reason we will give for the shutdown is technical and I would want the technical people to explain and communicate appropriately. I can confirm that the decision by management has been carried out. Such decisions are taken to ensure rectification of challenges coming up and I am sure when parties move together to resolve issues, the appropriate step will be taken to restore,” Afenyo Markin added.

In 2011, the Government of Ghana awarded a contract to Befesa Desalination Development Ghana for the establishment of the sea water treatment plant to produce clean water, which will be channelled into the pipelines of GWCL.

Messrs Befesa Limited, an engineering firm, was contracted by the government to build the desalination plant, operate to defray its cost, and hand over to the GWCL after 25 years.

The project was executed by Abengoa, a Spanish company, and Sojitz Corporation, Japan's largest importer of rare earth metals.

The two hold 94% equity in the project. The plant was designed, constructed and is being operated by Befesa Desalination Developments Ghana, a joint venture of Abengoa Water Investments Ghana, Daye Water Investment (Ghana), and their local partner, Hydrocol.

The total cost of the project is known to be $126 million.

The project is a Build, Operate, Own and Transfer project spanning a period of 25 years, with a revenue forecast of about $1.3 billion over 25 year period.

It will be recalled that the Ghana Water Company Limited (GWCL) last year shut down the Accra Desalination Plant, which supplies water to residents within Teshie, Nungua and surrounding communities.

The shutdown, which took effect on January 1, 2018, was to allow the water company to resolve pending challenges it had with the management of the desalination plant.