Ensure Free And Fair Election Of MMDCEs – NDC To EC 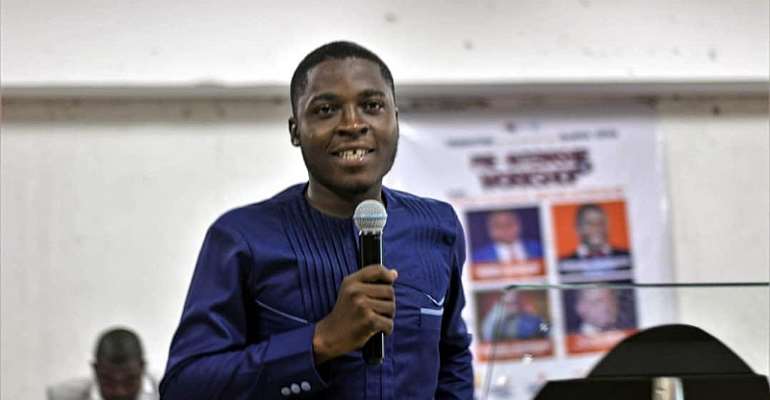 The opposition National Democratic Congress (NDC) has urged the Electoral Commission to ensure that the impending referendum on the election of Metropolitan, Municipal and District Chief Executives (MMDCEs) is devoid of issues.

Citing the recent referendum that saw the creation of the six new regions, the party said the Electoral Commission must be keenly monitored to supervise a free, fair and just referendum.

Deputy National Youth Organiser of the party, Eric Edem Agbana stated the party’s position at an ongoing stakeholder engagement on the election of MMDCEs under the auspices of the Institute of Democratic Governance (IDEG):

“The Electoral Commission and its activities cannot be excluded from this process. Not too long ago, we had one referendum which decided the creation of new regions and we believe that the processes were compromised, the election was compromised.

He insisted that the process with regards to registration of members, exhibition of voters’ register and the conduct of the election itself is very critical to the process.

“So I urge all the stakeholders here that let us not only be interested in the outcome of the referendum. We should also be interested in ensuring that the processes leading to the outcome of the referendum are free and fair and that is why I am calling on all of you to not only be a partner in calling for the multiparty democracy at the local level but it should also partner us in ensuring that the Electoral Commission in its conduct of all the activities is free and fair.”

Meanwhile all registered political parties have endorsed the move to elect MMDCEs.

Speaking at the stakeholder engagement, representatives of the Convention Peoples Party, National Democratic Party, All Peoples Congress, Great Consolidated Popular Party, Liberal Party of Ghana; expressed their unanimous resolve to vigorously campaign for the success of the referendum.

Executive Secretary of the Progressive People’s Party, Richard Armah fears if that is not done the referendum will fail and the wrong impressions would be created.

“We have a little fear, that is the fact that usually the election of Assemblymen is not patronized a lot by Ghanaians and so we are not sure if we do not sustain the momentum and the complain enough, we may not get the 40 percent in Parliament and the moment we do not get 40 percent in Parliament it means this referendum will fail and the story will look as if Ghanaians do not want to elect their own DCE so I want to urge everyone here. Let us all make it a personal agenda and try to get people to participate in this year’s referendum.”

Police hunt for five members of kidnap syndicate in Savannah...
44 minutes ago