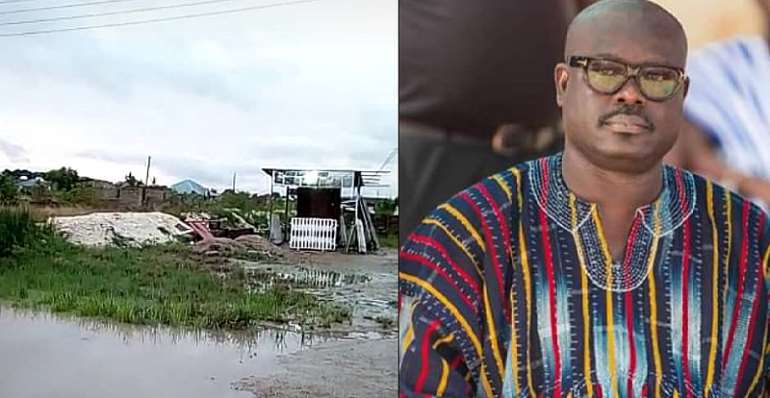 Residents of Metro Mass, a suburb of Dodowa in the Greater Accra region are bearing teeth at their Municipal Chief Executive Daniel Akuffo over an abandoned drainage project.

The concerned residents have petitioned the MCE demanding a resumption of the project which has been abandoned for a while.

According to the residents, the heavy downpours have created a gully splitting the main road into two, thereby endangering lives and rendering parts of the community inaccessible.

The project as stated in the petition was started by the NADMO but abandoned for reasons yet unknown.

The petition stated, “we the members of the Metro Mass Community of Henyum-Dodowa would like to draw the attention of the Municipal Assembly to a stalled major drainage work which has caused the main road to be cut into two by running water making commuting impossible.

"As the head of the municipality we humbly appeal that you visit the area to see for yourself the seriousness of the problem. We believe this will give you the true picture of the situation for your good judgment and prompt action to avert any disaster."

The petition also related the situation to the dangers it poses to school children on a daily basis.

“The depth and current state of the street make it very hazardous for all inhabitants especially school children. We would like the Assembly to continue with the construction of the drain and a culvert to prevent the looming disaster. We would also request we are assigned a devoted officer to liaise with Metro Mass Housing Association to make our community safer. We request you to visit the local community at regular intervals to ensure that the construction is completed safely.”

ASEPA petitions Presidency for names of members on committee...
25 minutes ago