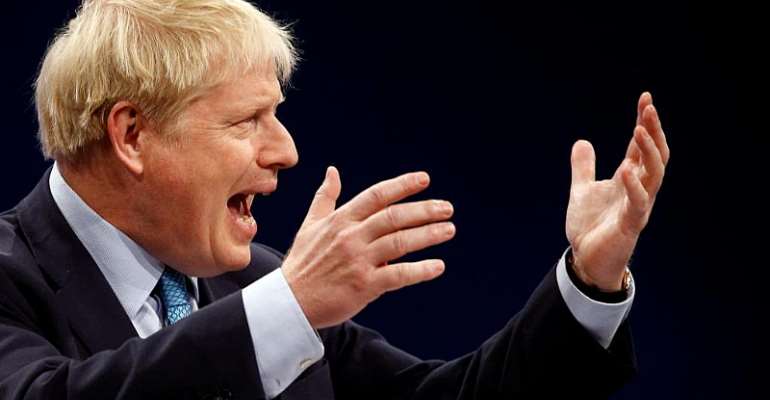 UK Prime Minister Boris Johnson has put forward his new Brexit plan aimed at removing the need for customs checks at the Irish border, calling the EU-backed backstop approach a "bridge to nowhere". The EU said there were "problematic points" with his proposal.

Johnson's plan, published by the UK government, says the revised agreement "should make a firm commitment to avoiding customs checks, regulatory checks, or related physical infrastructure at the border between Northern Ireland and Ireland".

The UK parliament rejected the old Brexit agreement three times because of the backstop provision.

"The proposed 'backstop' is a bridge to nowhere, and a new way forward must be found," Johnson's letter to Juncker says.

Johnson said his plan is built on preserving the Good Friday agreement that ended decades of sectarian violence in Northern Ireland in which thousands died.

That deal was based on the premise of an open frontier with Ireland -- a principle that Johnson's plan said Britain "is absolutely committed to upholding".

In place of customs checks at the border, which would have entered into force once a Brexit transition period expires in 2021, the proposal says that "goods movements between Northern Ireland and Ireland will be notified using a declaration".

No border, but lots of customs checks
The UK plan would create "an all-island regulatory zone on the island of Ireland" that covers "all goods" -- not just agriculture and food products mentioned in earlier reported drafts of the plan.

This regulatory zone, which would see Northern Ireland temporarily follow EU standards and regulations, would be "dependent on the consent of those who live under it, through the Northern Ireland institutions," the plan says.

Physical checks would be conducted at traders' premises or at specific, designated locations but not at EU member Ireland's border with British Northern Ireland.

Ireland has strongly opposed the reintroduction of border customs checks, calling them a dangerous approach.

But in a phone call after London sent its formal proposition, Juncker told the British leader that EU negotiators will now "examine the legal text objectively".

"This offer provides a basis for the EU to continue in a serious and sustained engagement with the UK Government without risk to the internal market of the United Kingdom," it said.