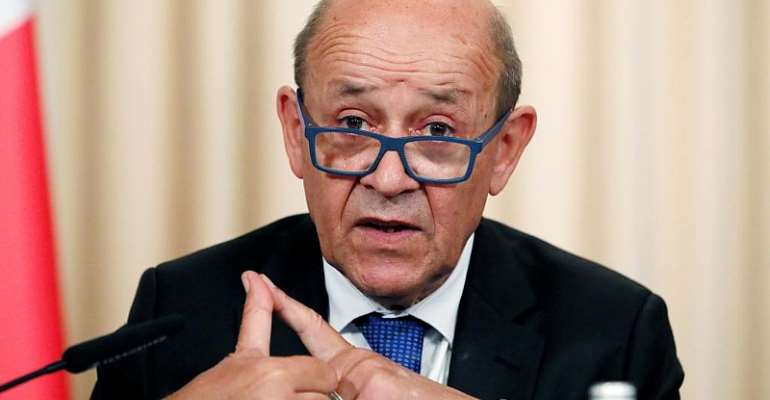 French Foreign Minister Jean-Yves Le Drian has said that Iran and the United States have just over a month to start a dialogue on easing tensions in the Middle East, before another expected move by Tehran to ramp up its nuclear activities.

The comment by France's top diplomat came after it emerged that Iran's President Hassan Rouhani had refused to take a call from Donald Trump during the UN summit in New York last month.

The call was reportedly brokered by President Emmanuel Macron, who has been pushing to reduce the risk of a spiraling conflict in the Middle East after Washington pulled out of a 2015 deal aimed at curbing Iran's nuclear ambitions.

"We consider that these initiatives, which have not been successful for now, are still on the table," Le Drian told parliamentarians in Paris.

He urged both sides to move before 6 November, when Iran's government is likely to abandon further commitments it made as part of the 2015 deal.

Tehran has already stepped up its uranium enrichment activities after failing to secure relief from US sanctions imposed after Washington withdrew from the deal last year.

"It's now up to Iran and the United States to seize this relatively brief moment, because Iran has announced new steps to reduce its obligations to the Vienna accord in early November, and these measures risk leading to new tensions," Le Drian said.