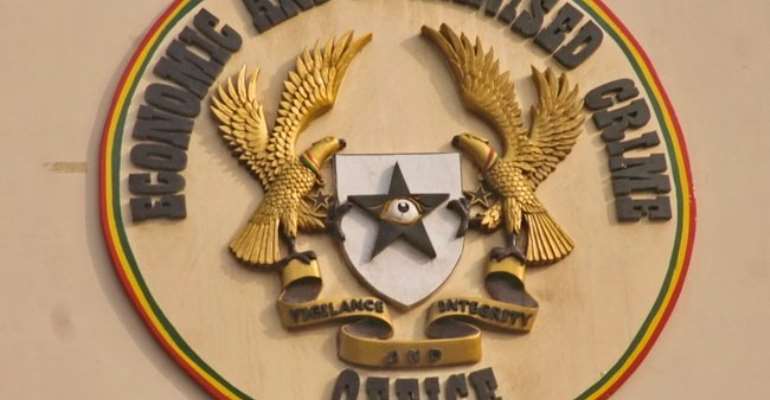 The Northern Development Authority (NDA) has asked the Economic and Organised Crime Organization (EOCO) to investigate its former financial officers for various procurement infractions and mismanagement.

According to NDA, which used to be the Savanna Acceleration Development Authority (SADA) the former staff have caused financial loss to a tune of over $8m to the state.

The company disclosed the request at a maiden press engagement organised on Monday in Tamale to address issues relating to a botched Public-Private Partnership (PPP) Agreement between SADA and UNIK Savannah.

This agreement with the UNIK Savannah Limited was for the procurement of 5,000 tricycles under the tricycle project at a cost of $9,500,000 (at the prevailing exchange rate at the time in 2015).

Out of the number of tricycles imported, 3,000 were assembled, 2,239 were released or sold leaving some 732 left under very unfriendly weather conditions since 2016.

These abandoned tricycles have caused tension between the new management and some residents of Tamale with sporadic party supporters invasions resulting in sometimes military deployment to the premises of the company.

Speaking to reporters, CEO of NDA, Dr Majeed explained that, per the contractual agreement, UNIK Savannah Limited was to procure, assemble and retail tricycles and motorcycles and also identify market officers or agents, and, through a hire purchase agreement, to sell out these tricycles via a credit system process.

He said the agreement was strange and appeared to have been orchestrated deliberately for personal “gain-and-collapse” game masterplan.

"UNIK Savannah Limited otherwise known as UNIK Dezines strangely collapsed within six months of its creation. At the point of Collapse Unik-Savannah had demonstrated a clear inability to recover payments of beneficiaries of tricycles through the marketing officers and agents"

Though he added that the tricycle business was designed as a Private Public Partnership (PPP), SADA alone, in one-sided expenditure role, bore all the cost of this UNIK Savannah/SADA Venture by releasing $9,5000,000 through a Letter of Credit arrangement and none by its PPP Partner to procure the tricycles.

"This cost, the records show included import, salaries and allowances, transporting and carriage, field clearing and other services. It is clear that then SADA did not show leadership, professionalism and prudent resource management. It is this which plunged the UNIK Savannah into huge debts," he said.

NDA also accused SADA of poor management for failing to provide proper storage facility for the assembled tricycles leaving them under the mercy of the weather for years and resulting in a significant depreciation of up to 60%, according to the latest valuation by the State Transport Company (STC) Limited.

It was realised, according to Dr Majeed, that the organisational structure of UNIK Savannah was deficient paving way for fraud by some of the marketing staff.

He lamented that this 96% loss totalling over $8 to an Economic Zone that the UNDP in their 2018 Human Welfare study acknowledge as the poorest in Ghana is unfortunate and constitutes a serious financial loss to the state.

The CEO, however, served a warning to those who were still indebted to the authority to make efforts in settling their indebtedness before they were named and shamed.