France pays tribute to Gandhi on 150th anniversary of his birth 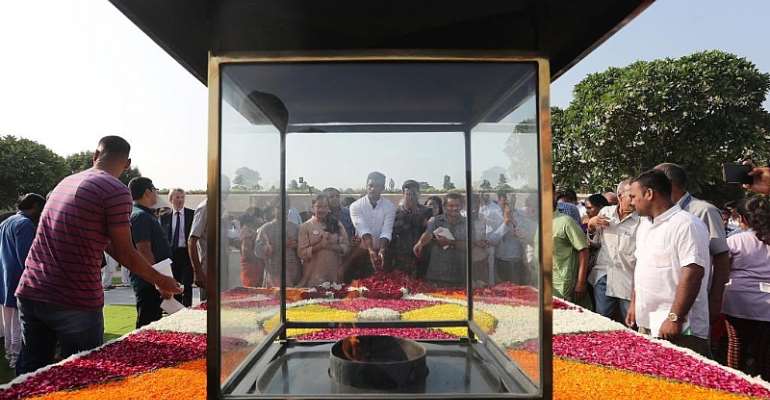 Tributes are coming in for Mahatma Gandhi, whose birth 150 years ago is being commemorated in India and around the world. France's incoming ambassador to Delhi hailed the "great legacy of non-violence" of the head of India's independence movement, who was assassinated the year of secession in 1947.

“His great legacy of non-violence and inclusiveness remain ever relevant guiding principles for dealing with global issues facing humanity such as inequality and climate change,” wrote Emmanuel Lenain, France's Ambassador-Designate to India, in a Tweet.

He said on Twitter that India was expressing "gratitude to Mahatma Gandhi for his everlasting contribution to humanity. We pledge to continue working hard to realise his dreams and create a better planet."

Bapu, 150 years ago
Mohandas Karamchand Gandhi was born on 2 October 1869 in Porbandar, Gujarat. He trained as a lawyer in Britain, and practiced law in South Africa before returning to India, where he joined the movement against British rule.

He is known as Mahatma Gandhi, or Bapu, a nickname for father, as he is considered the father of the Indian nation. Since independence, on 15 August 1947, his birthday, 2 October, is celebrated as a bank holiday.

Commemorative events
France has released a commemorative stamp for the 150th anniversary. Some 500,000 copies of the stamp, worth 1.30 euros, will be printed by 7 October.

In India, as many as 600 prisoners were set to be released Wednesday, in an amnesty, media reports said.

Later on Wednesday, a year-long, 14,000-kilometre "global peace" march was due to leave Delhi bound for Switzerland, taking in 10 countries.