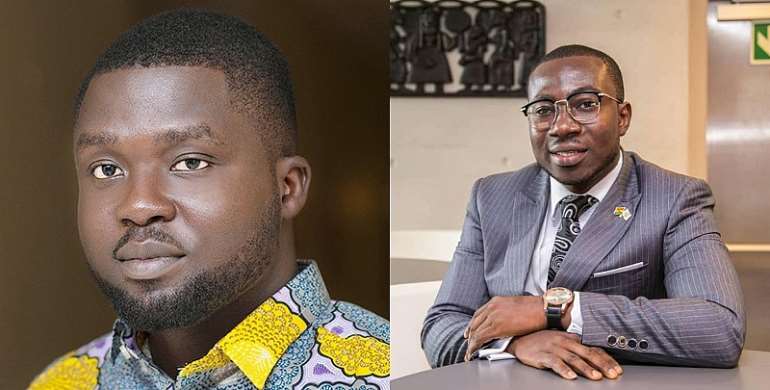 Entrepreneurship is often lauded as the engine of economic growth especially as currently, small and medium-sized enterprises are at the helm of creating a large percentage of new jobs in the global economy. According to the World Bank Entrepreneurship Database, more than 50% of formal jobs in developing economies are created by small firms with SMEs providing approximately two-thirds of jobs in both developed and developing economies. This partly explains the reason why the European Commission has the Entrepreneurship 2020 Action Plan – a blueprint with the ultimate goal to ease the creation of new businesses, unleash Europe’s entrepreneurial potential, remove existing obstacles which have come into existence as a result of economic crisis in the last fifty years and revolutionize the culture of entrepreneurship in the European Union.

In the 1980s, many forms of economic development interventions failed to achieve the required economic targets, making it necessary for policymakers to complement their economic strategies with entrepreneurship. Evidently, entrepreneurship thrives in an enabling environment, making it comparatively low-cost but a high impact approach to economic growth. Hence, its popularity, specifically in developing economies.

In a World Bank report, approximately 600 million jobs will be needed in the next 15 years to absorb the growing workforce, specifically in Africa and Asia. In India and Indonesia the fraction of firms with less than ten workers is almost 100% - the situation is not different in Nigeria, Africa’s largest economy, with 99.6% of firms in Nigeria hiring less than ten workers. Conversely in the United States, the modal firm size of manufacturing companies is forty five workers as indicated in a study that was conducted by Professor Chang-Tai Hsieh of University of Chicago and Professor Pete Klenow of Stanford University, which was published in 2014 by the Quarterly Journal of Economics.

The digital economy of India generates about $200 billion of economic value yearly - mainly from e-commerce, business process management, manufacturing of domestic electronic appliances and digital communication services. The ICT sector currently contributes over 13% of India’s GDP and the overall digital economy can generate about $800 billion by 2024 according to KPMG. With a GDP of $2.039 trillion in 2014, India had 48 million small businesses at that time. This was more than twice the 23 million small businesses in the United States in 2014 as published by Business Today. Micro, Small and Medium-sized Enterprises (MSMEs) contributed nearly 8% of India’s GDP, creating about 1.3 million jobs annually as indicated in the data provided by the Government of India.

In the report of PricewaterhouseCoopers (PwC), ‘‘Future of India – The Winning Leap’’ that was published in 2014, the economy of India has to create 10 million to 12 million jobs annually with a GDP growth of 9% per annum to become a $10 trillion economy in the next two decades if the country is to provide quality life for its growing population. The study recommended that a vibrant entrepreneurial ecosystem will play a critical role in achieving this economic goal.

On the African continent, diversification from the traditional sources of income to entrepreneurship is increasingly seen as a key component of economic development. In 2014 the Global Entrepreneurship Monitor ranked Uganda as the World’s most entrepreneurial country – according to the report, 28% of the adults in the country own or co-own a new business. Uganda recorded the highest number of youth, engaged in entrepreneurship in Sub-Saharan Africa as 55.6% of the total population of the youth were actively involved in new or established businesses.

Entrepreneurial activity has proved to be the engine of growth in Uganda as Micro, Small and Medium-sized Enterprises (MSMEs) have played a pivotal role in the country’s economic growth. According to the Uganda Investment Authority in 2016, Micro, Small and Medium-sized Enterprises (MSMEs) accounted for about 90% of the private sector that provided employment to 2.5 million people and generated 80% of the manufactured output that contributed 20% of GDP in the country. Entrepreneurial activity is seen in every sector of the economy, as Micro, Small and Medium Enterprises (MSMEs) make up 10% of the manufacturing sector, the service sector accounts for 49%, commerce and trade also accounts for 33% whiles other fields account for 8%. Through entrepreneurship and a well regulated investment climate, private ownership of businesses has led to economic growth in recent years in Uganda. In 2014, the East African country’s economy experienced the consolidation of macroeconomic stability and a gradual recovery in economic activity with real GDP growth of 5.9% in FY 2014/2015 and 6.3% in 2015/2016.

Across the African continent, accessing funds has been a major snag for entrepreneurs as most African Governments have done little to create an enabling environment for startups and SMEs to thrive but this condition is set to improve as startups operating in the healthcare delivery value chain of Nigeria, Africa’s most populous country are getting funds from investors. In July 2019, 54gene- a genomics company- founded by Dr. Abasi Ene-Obong raised $4.5 million in a seed round. Even though the African genome is the most genetically diverse in the world, it only forms 2% of the global genetic database. Pharmaceutical companies usually rely on information from genomic and phenotypic DNA research to create personalized drugs. With very little information on the African continent in this regard, there is a huge possibility of Africa being left out in accessing revolutionary new drugs.

With a global pharmaceutical industry that is worth over $100 billion, 54gene will require more financial resources to make a significant impact on the African continent. Other health startups in Nigeria such as Helium health, which focuses on electronic medical recording, raised $2 million in 2017, MDaas Global, a startup that provides diagnostic services also raised $1 million. Health startups in Nigeria can draw lessons from other health sartups on the African continent although the financial resources of health startups in Nigeria are not on the same level with mPharma, a health startup in Ghana that raised $5million in a seed round in 2015 and has raised over $25 million afterwards and has extended operation into East Africa by acquiring the 20 Hiltons stores, Kenya’s second largest pharmacy chain.

Entrepreneurial activity has played a major role in the economy of Nigeria as the economy heavily relies on SMEs – with a GDP of 375.8 billion in 2017, SMEs have accounted for 48% of the country’s GDP in the last five years, making-up 91% of businesses and providing 84% of employment in the country, according to PricewaterhouseCoopers (PwC). In the report of the Nigeria Bureau of Statistics, there are about 17.4 million SMEs that make up 90% of the manufacturing sector that has created about 50% of industrial jobs in the country.

Funding has been a major challenge for entrepreneurs in developing countries, especially entrepreneurs in Africa and Asia. According to the World Bank, about 50% of formal SMEs do not have access to funds - close to 70% of all micro, small and medium-sized enterprises in emerging markets lack access to funds. Although the financing gap among regions vary, it is particularly wide in Africa and Asia with the current credit gap for formal SMEs estimated at $1.2 trillion and $2.6 trillion for informal SMEs. The report on the 2018/2019 assessment of South Africa’s SMEs landscape shows that more than 50% of SMEs fail to survive beyond three years with funding being cited as the major challenge. In light of this anomaly, the President of South Africa, Cyril Ramaphosa has launched the SA SME Fund, with the goal to rectify this phenomenon associated with the country’s SME sector. With $95 million, the SA SME Fund invests in SMEs with turnover between $1.4 million to $35.23 million. The SME sector is the backbone of the economy of South Africa – SMEs contribute 52 percent of GDP, account for 60% of jobs and 91% of businesses according to PricewaterhouseCoopers (PwC).