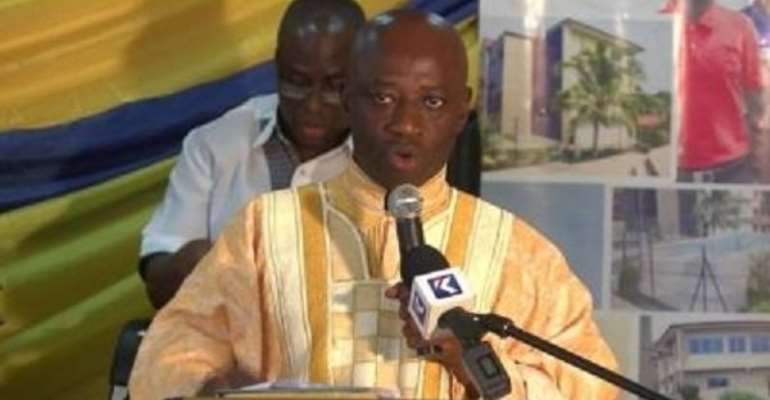 On Friday ( 20/09/19 ) government said an operation by security agencies led to the discovery of what is believed to be weapons manufacturing factory.

The operation and subsequent arrest of the suspects took place at a suburb of Ghana’s capital of Accra called Alajo.

In a statement, the government said the weapon factory was located in a building which operates as a medical facility known as Citadel Hospital.

Ghanaians on social media have launched a new challenge to mock the failed coup attack that has been reported in the media for some days now.

But Mr.Kusi Boafo says Ghanaians should take the coup attempt serious and he urged the state agencies to ensure that the laws of the country deal with them appropriately.

“Ghanaians should take the coup attempt serious, all the people involved must be arrested and prosecuted accordingly,” Mr. Kusi Boafo told Lawyer Ohene Gyan on Pae Mu Ka on Accra based Kingdom FM 107.7.

During the seizure, the government said it was able to recover a stash of weapons including, six pistols, three smoke grenades, 22 IEDs, two AK 47 magazines computer equipment and one long knife.

According to the Ghanaian government, a group known as Take Action Ghana (TAG), was working to recruit and radicalise a base of young people against the political authorities, under the guise of “nation-building”.

The statement said three people including a gun manufacturer have been arrested in connection with the operation.