Sen. Douye Diri To Harness Potentials Of Art And Culture 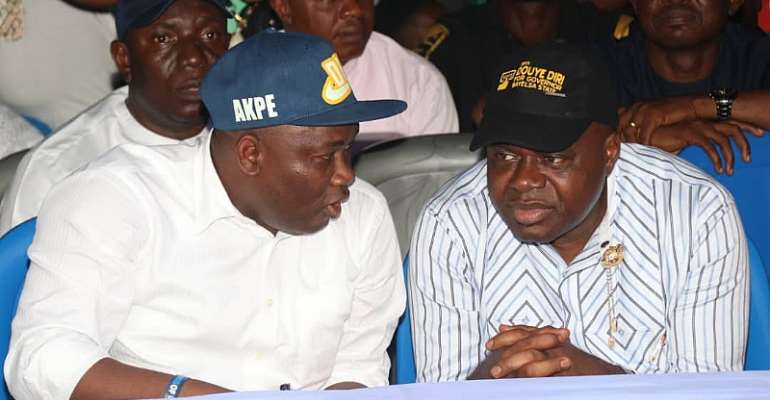 The People’s Democratic Party(PDP) standard flag bearer for the forthcoming gubernatorial elections in Bayelsa State , Sen. Douye Diri has assured the people of Ebedebiri Community Of his vision to harness the vast potentials of the arts and cultural heritage sector as a vehicle to restore , promote and preserve the cultural values of the State.and to the entire Ijaw ethics nationality.

Sen. Douye Diri made this known when he attended the Ebedebiri independence ceremony organised by the Concerned Youth Forum Of Ebedebiri.

The PDP candidate who commended the community for the warm reception accorded him and his entourage stated that , the culture of a people is indicative of their peculiar identity and serves as a major distinguishing factor between them and other people.

He further promised Bayelsans to mandate the Ministry of Culture and Ijaw National Affairs to facilitate the revival, repositioning and development of arts and culture towards the economic well-being Of Bayelsans and to further provide policy direction to the government on arts and cultural matters to promote cultural industries and their viabilities as an economic spinner.

“This kind of cultural festival breeds peace among our people, unite them and rekindle our traditional practices,” he said, adding, “it provides opportunity for our children the opportunity to understand our customs, culture, and traditions.”

While assuring that his administration will work harder, when voted into Office to meet the yearnings and aspirations of Bayelsans, Sen. Douye Diri reiterated that cultural festivals provide boost the unity of the people.

Earlier speaking, Hon. Pereotubo Akpe while welcoming Sen. Douye Diri to Ebedebiri Community in Sagbama Local Government Area, re-assured the candidate of their resolve to support and vote the PDP in the forthcoming gubernatorial elections in Bayelsa to further consolidate on the gains of the Restoration Administration led by Governor Seriake Dickson.