1.100 Euro for a child (a human being)...Police smash baby-dealer ring in Nigeria 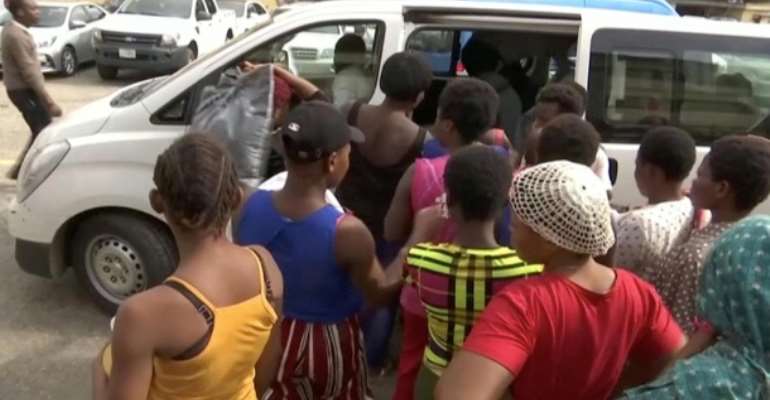 Baby trader ring blown up in Lagos with 19 pregnant women and four babies freed by police from the hands of human traffickers. Women are lured in, held captive and impregnated, then their babies are sold. The Nigerian police have now ended this inhumane business.

The Nigerian police in Lagos have uncovered an unusual type of human trafficking. In the economic metropolis of the West African country, it claims to have liberated 19 pregnant women and four babies from the hands of traffickers.

Most of the young women were lured from the poor eastern part of the country to the big city with the promise of work. There they were kidnapped "to get them pregnant and sell the babies to potential customers," said police spokesman Bala Elkana on Tuesday. Two female members of the gang were arrested.

According to the police, the newly born babies were then released for adoption by the kidnappers for the equivalent of 1,100 euros. One of the liberated women told a local TV station that all communication with the outside world had been strictly forbidden. Another victim reported how the baby had been taken away from her immediately after birth which she never saw again.

Ken Agyapong is only brave on NET2 TV but actually a coward ...
13 minutes ago