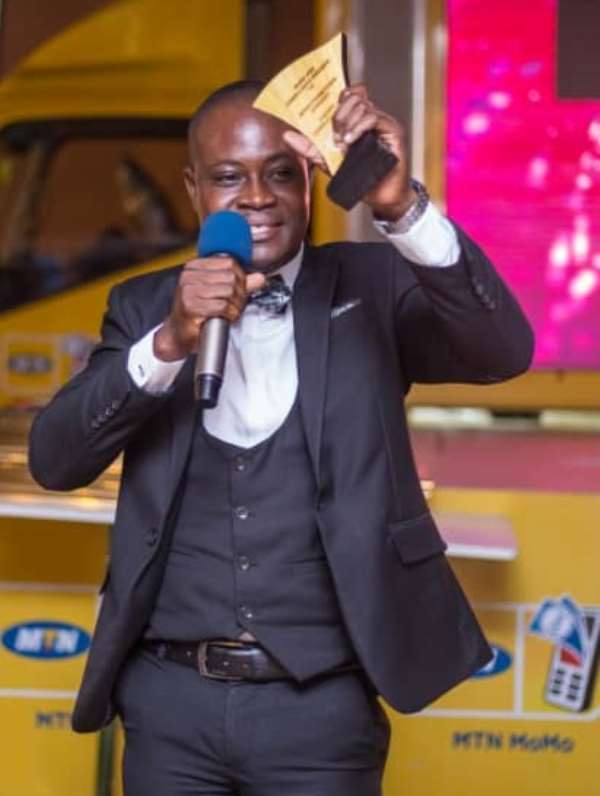 Award-winning Law Student and Research Analyst at the Political Office of the President (Number 16), Prince Anuwar-Sadat Amadu has called for urgent legal reforms within the legal profession.

The Press & Media Aide to Alhaji Abubakar Abdul Rahman (ALHAJI SHORT), Board Chairman of Ghana Cylinder Manufacturing Company and former aspiring National Chairman of the NPP, further urged Parliament and the Attorney General to specifically intervene in the matter.

His call was on a backdrop of the mass failure of law students who were seeking entry into the Ghana School of Law. He further called on all stakeholders, particularly, the student movement to rise up and resist the oppressors’ rule.

The Wisconsin International University College - Ghana, SRC Most Promising Student shared his taught on the matter on his Facebook Wall which was sighted by www.modernghana.com .

Below is his full statement on Facebook:
On 24th September, 2019 we woke up to the news that only 128 out of the 1,820 students who sat for 2019 Ghana School of Law entrance exams passed to study the professional law course. How on earth could one comprehend that? Yes, 1,692 representing 93% of the eligible LL.B students failed the exams.

For a moment, I thought I lacked capacity to express an opinion on this topic but upon further reflection, I believe that I do have a right to do so not only because I am a student of the law myself; but as a “Citizen” and not a “Spectator”.

This mass failure came on the backdrop of a declaration by the Chief Justice, H. L. Sophia Akuffo, amidst applause, that as long as she has something to do with legal education as head of the General Legal Council, she will not allow the “mass production” of lawyers in the country irrespective of who is advocating it. Certainly, this mass failure is a wakeup call for all stakeholders within the legal fraternity to take drastic steps to sanitize and improve legal education in Ghana.

For starters, we all must agree that we must not compromise the production of quality lawyers for anything. And we can achieve this by ensuring quality control from the beginning (admission to pursue LL.B) and not at the end of the process. I am particularly of the view that the “mass production” of lawyers is not inconsistent with assuring quality.

We have also noted over the period, the number of Ghanaian students who would have to go to the Gambia, Nigeria, UK and other commonwealth jurisdictions to get professional legal education to return and work their way into professional legal education at the higher end. How are they good enough for the UK Bar but not good enough to be given a mere opportunity to take the Ghana Bar exams? This is not satisfactory in my estimation.

It is also worth noting that graduate legal education is now unfortunately and shamefully being subordinated to its counterpart, professional legal education. So, now more people are doing master’s degree in law not because they necessarily wanted to do it, but as a stop-gap measure as they await to get entrance in to the Ghana School of Law. If care is not taken, it will come to a time that someone who holds an LL.M will be considered as failed candidate to pursue an LL.B; yet our faculties in our law schools requires an LL.M and beyond. In many parts of the world, at the judiciary, if you want to get to the superior courts you must be someone who holds at least an LL.M. And must an LL.M candidate be the one who failed to enter the Ghana School of Law? Professional legal education is a different branch of legal education complementary to; but of the same status with academic post-graduate legal studies.

In the last decade or so, the General Legal Council have created much iniquity and frustration on our law students and the structure of legal education. The silence of our leaders too seems to suggest a subtle endorsement of the “tyranny” by the General Legal Council. It is apparent that the General Legal Council is not an independent branch of government. It takes its authority from; and is answerable to Parliament. And supplementary to the performance of its duties, it is mandated to comply with any general directions given to them by the Attorney General as stipulated in Section 1(5) of the Legal Profession Act. So, our political leaders in my view, also share the blame in the current challenge we are being confronted with.

I am of a firm opinion that the number of persons required to service our legal sector is far in excess of the capacity of the Ghana School of Law and its satellite campuses. And I can assure you that if we were to conduct a need-based assessment of the lawyer to client ratio; we would be amazed the shortages that we will be faced with. I think our leaders must be willing to discuss the issue of legal reforms without further delay. We can open up legal education in Ghana without compromising on quality and standards just like we have in the medical and accounting professions.

I would like to conclude by urging the General Legal Council to partner with, and accredit the law faculties to offer the delivery of professional legal education. The entrance to law school is an opportunity to take the bar exams and to pass and become a lawyer. So, why should anyone be afraid to give opportunity to students to sit the Bar exam? Are they afraid that the students would pass? It is about time we the students, lawyers, parents and all other stakeholders rise against this “tyranny” and “oppressors’ rule”. For a stich in time; they say saves nine!!!