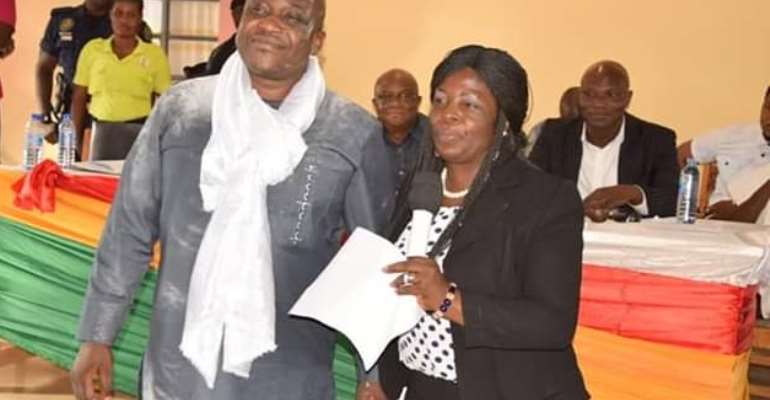 Assembly members of Afadjato South District and the Kpando Municipal Assembly have confirmed the President's nominees as chief executives for their respective assemblies.

They are James Etornam Flolu for Afadjato South District and Ernest Theophilus Quist for Kpando Municipality. The two were confirmed on Monday during their respective assembly meetings.

In Afadjato South where the assembly meeting was held at Ve Golokuati, the 29-year-old marketer and entrepreneur polled 27 out of 30 votes, representing 90 per cent of the total votes cast.

In Kpando, Mr. Quist received unanimous YES votes from all 28 assembly members to replace Elvis Djampoh as the new MCE. He was, therefore, sworn into office by Love B. Mawuli-Woname, the Magistrate at the Kpando Court.

About a week ago, the President through the Minister for Local Government and Rural Development, Hajia Alima Mahama, revoked the appointment of some four MDCEs in the region.

Volta Regional Minister Dr. Archibald Letsa who was in the company of his deputy, Johnson Avuletey, commended assembly members for confirming the President's nominees and appealed to them to give the new chief executives the necessary support to improve the living condition in their respective areas.

He also assured the two assemblies of the support of the Volta Regional Coordinating Council (VRCC).

Ken Agyapong is only brave on NET2 TV but actually a coward ...
29 minutes ago