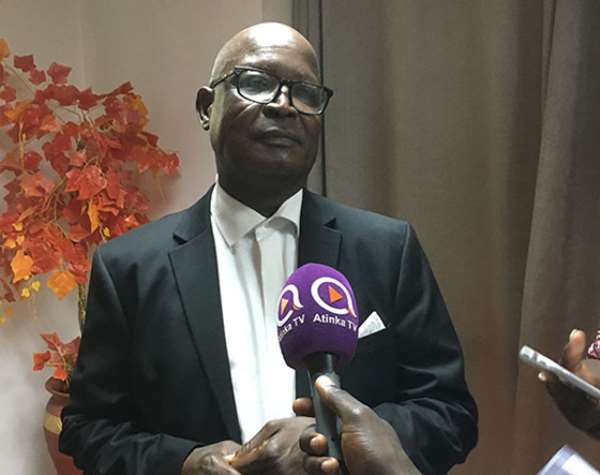 The Commission on Human Rights and Administrative Justice (CHRAJ) has urged Ghanaians to report wrongdoers to the commission to cut down on corruption.

The commission has, therefore, assured total protection for people who come forward to report crimes.

Chief Director of the commission, Charles Ayamdoo, who made the call, noted that CHRAJ is an independent body that cannot be politically influenced in the performance its works, adding that by reporting wrongdoers, whistleblowers help to save billions of public funds.

He was speaking at a one-day stakeholders' sensitization workshop organised by the Office of the Attorney General and Minister of Justice on the Whistleblower Act and Procurement Standard Clause.

The Whistleblower Act, 2006 (Act 720) makes provisions for the manner in which individuals in the public interest disclose information that relates to unlawful or other illegal conduct or corrupt practices of others.

The Act provides for the protection of whistleblowers against victimization and also provides for a fund to reward individuals who make the disclosure.

Explaining the imports of the Act, Mr. Ayamdoo indicated that the Act empowers individuals to make disclosure of information when they have reasonable cause to believe that the information tend to show an economic crime “has been committed, is about to be committed or likely to be committed.”

He said disclosures can also be made when “another person has not complied with a law or is in the process of breaking a law or is likely to break a law that imposes an obligation on that person,” as well as if a “miscarriage of justice has occurred, is occurring or is likely to occur.”

A chief state attorney, Asiama Sampong who took participants through the role of the AG in implementing the Act touched on reward schemes for whistleblowers which include 10 per cent of all public funds recovered.

He said disclosures could be made to 18 different persons and individuals including the employer of the whistleblower, a police officer, the AG, the Auditor General, an MP, the Narcotic Control Board, EOCO, among others.

He added that whistleblowers were not liable to civil and criminal action unless he or she knew the information disclosed was malicious, adding that investigators of disclosures who conceal or suppress evidence are liable for up to five years jail term.

Abdul Latif Alhassan, an official of PPA also took participants through the Procurement Standard Clause and indicated that the PPA had instituted a Zero Tolerance Against Corruption And Fraud campaign and crimes could be reported via toll free number 080010070.