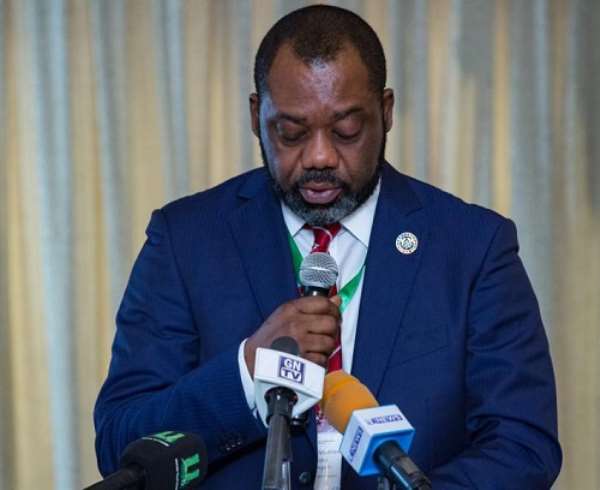 The Comprehensive Sexuality Education (CSE) subject is unsurprisingly on fire and the reason is not far-fetched.

We predicted that the subject would be politicized massively and we have not been wrong. What a quarry for exploitation by a desperate National Democratic Congress (NDC) as we have observed in the past few days.

The subject is but a minute segment of the general curriculum review of the country but the 'choose and pick' preference is not doing us any good at all at this stage.

A two or so year old video recording has gone viral and powered by the NDC propaganda because it feeds into their narrative of the CSE narrative.

Much as we do not subscribe to the subject, we would be quick to oppose the lies being peddled by the NDC to the effect that the ruling New Patriotic Party (NPP) has a hidden LGBT agenda to prosecute.

It is unfair even criminal to arrange children and have one of them pose a question which in its obscene state only muddies the water and provides fodder for those intent on destroying the subject being reviewed now.

It is our position that those behind the floating of the said videos and (they appear to be teachers) must be identified and apprehended.

It is gladdening that the Ministry of Education has issued a statement which sufficiently allays the fears being expressed by various interest groups.

Considering the contents of the statement, we are at a loss as to why political groups and others would want to peddle inaccuracies.

The way we do politics in this country leaves too much to be desired. We have even sighted statements from otherwise respectable organizations, with some claiming to write on behalf of highly placed faith persons in the country.

The contents of these statements are clearly the manifestations of the political inclinations of the assigns of the exalted persons.

When such misinformation crops up it opens the floodgates for so-called advocates of morality who need lessons on the subject themselves anyway to start firing their veiled invective.

Let them read and make research on subjects before jumping into the fray as they have been doing for the past few days.

Government actors are parents themselves and belong to the various faiths. They would definitely champion the cause of something evil and in opposition to our values and faiths anyway.

The Education Ministry too did not do well with the subject. Why did it have to wait for the mischievous politicians in the various departments, some of them religious, to start their campaign on behalf of the opposition party before releasing the explanation? Did it underrate the deviousness of the opposition party?

We are constrained to say 'shame unto them' who peddled the misinformation. They sought to give a non-existing dog a bad name so they could hang it. Such a useless enterprise!