When Reasoning Is On The False Precipice Of Collapse: The Case Of The Comprehensive Sexual Education – Part I 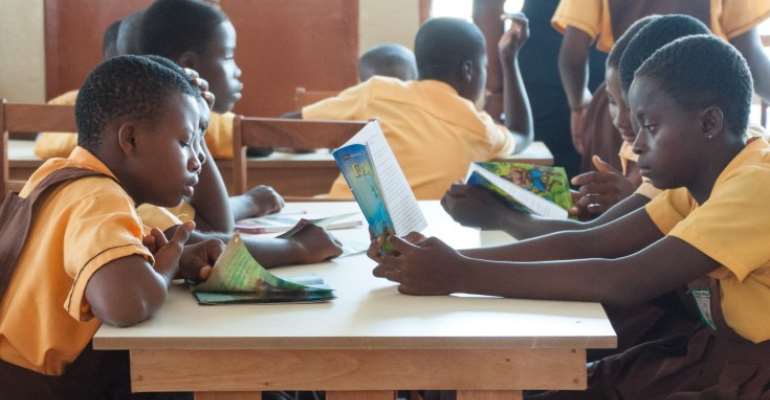 I am always excited that I am a Casfordian, belonging to the only male hall (Casely Hayford) at the University of Cape Coast. At Casford, our motto is: ‘Truth and courage’. We believe that truth and courage are mutually inclusive and that one cannot survive without the other. The truth must pair to make life complete. It is needless to have truth without courage and vice versa. Courage without the truth is an expression of an empty brawl and truth without courage is an empty brain. An empty brawl and an empty brain take the wind out of the sail of life.

For the past few days, social media was inundated with a document that was ‘alleged’ to have originated from the Ghana Education Service. The document provides detailed guidelines about an infamous subject Comprehensive Sex Education, hereafter known as CSE. The CSE is predicated on comprehensively teaching Ghanaian pupils about the dynamics in their sexual life. One of the key objectives of the CSE is for pupils to determine and enjoy their sexuality (CSE, p. 2).

While these questions are central to any conversation on human sexuality, they are left unanswered in the policy that was framed by experts. Instead of addressing these questions, some people are casting aspersions against those who are against the CSE. The commonest accusation against those not in support of the CSE is that they are homophobic. Well, must one be homophobic to seek critical responses to critical questions? Anyways, as far as I am concerned, I see my Christianity as a constant race of repentance – to reflect the assertion by Charles Spurgeon that ‘Christianity is a race of repentance.’ I am always on my knees asking God to forgive my sins. I do not see myself holding the gavel of God to determine the moral status of those around me. I may have a theological predilection against homosexuality, but I do not support any legislation that seeks to marginalize homosexuals. While I am convinced that the Bible roundly condemns homosexuality, adultery, and fornication, it is not my duty to ask for those whose norms do not conform to be stoned.

Given this, no one can pull the homophobic scare to tame us from critiquing a curriculum that is vague and nebulous. As Ghanaians, we are stakeholders in the nation’s development. We have a major say in fashioning the destiny of this country. The country representative of the United Nations Population Fund (UNFPA) in Ghana, Mr. Niyi Ojuolape, claims that all the stakeholders of education were consulted (The document that is in contention is on the website of UNESCO-Ghana). Dr. Leticia Adelaide Appiah of the National Population Council also claims to have consulted all stakeholders before the curriculum was concluded. But the Minister of Education, Dr. Matthew Opoku Prempeh, is vehemently disavowing the curriculum. Some officials from the Ghana Education Service also claim that they have no idea about the source of the document in circulation.

So, who is telling us the truth? Who lacks the courage to own the document? While we cannot trust that the government is ignorant about the document, we are certain that some key stakeholders of education were not consulted. The leadership of the Parent-Teacher Association (PTA) and the leadership of the National Union of Ghana Students (NUGS) said they were never consulted. Religious leaders also claim they were not consulted. For the Ghana Catholic Bishop Conference, they claim they were deceived. So, who were the consultants who drafted the CSE curriculum? What philosophical position inform the drafting of the curriculum?

The unnamed consultants of the curriculum claim that they were informed by the best practices about the reproductive health and sexual ethic of the global world to formulate a policy that will be culturally and universally shared. But did the consultant take into consideration that globalization both provincializes and marginalizes societies depending on their economic and political muscles? Is ‘Ghana's identity’ (I will discuss this in a later article) relevant in an ocean of globalization? How is Ghana's triple heritage featuring in the mores of the global world as far as sexuality is concerned?

Given the strenuous efforts by the Ministry of Education to disown the policy, a docket should have been closed on the matter. But since we are unsure of what politicians tell us, I will be providing a series on some key features of the CSE. My goal is to expose the hidden agenda behind the policy.

ASEPA to sue Presidency for more info on petition for CJ’s r...
35 minutes ago