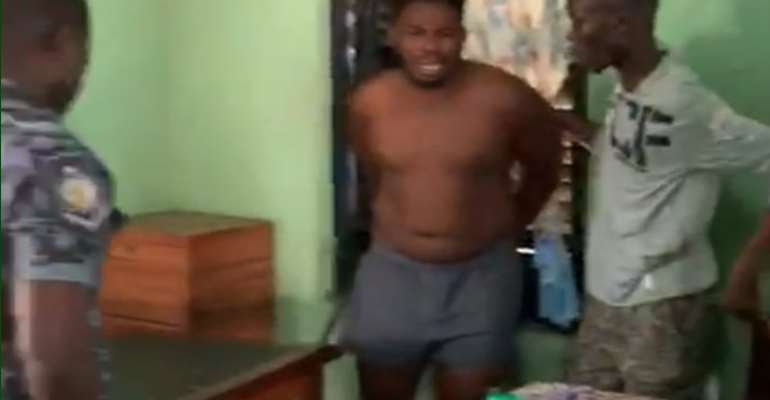 Barely 12 hours after joydaddymultimedia.com had published a story of two policemen brutalizing a suspect for allegedly a suspect for stealing GHCV1,600.00 from his masters’ car, the Acting Inspector General of Police (IGP) the immediate interdiction of the police officers.

The Acting Inspector General of Police, James Oppong-Boanu, gave the directive of the interdiction of two police officers after watching a viral video showing torturing a man in the custody of the Koforidua Agartha/Railway Police Station, as Sergeant Patrick Amoako and General Lance Corporal Isaac Marfo were seen using belts to beat a man accused by his employer of stealing GH¢1,600.00.

A statement from the Public Affairs Directorate of the Ghana Police Service said: “The Police Administration is urging the public to exercise caution in the spreading of the video since the Police has begun investigation into the case”.

Meanwhile, the father of the victim, Mr. Aglebe Daniel, in an interview with Bryt FM news is however demanding justice from the Police hierarchy.