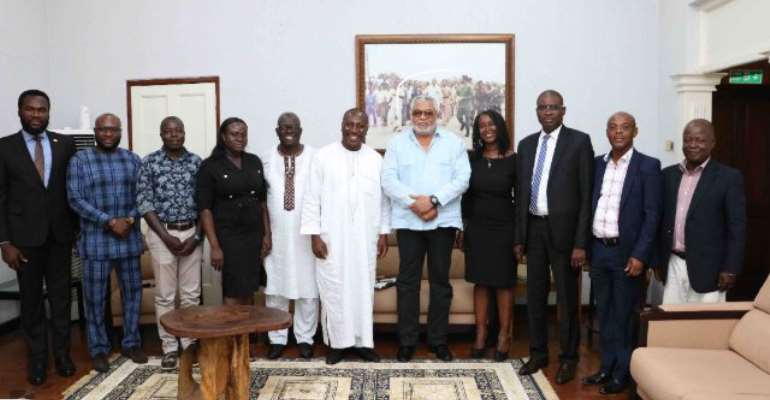 The Board Chairman of Ghana Water Company (GWC) has called on ex- President Jerry John Rawlings to clarify his allegations of impropriety at the company.

Alexander Afenyo-Markin informed the former President that while there was a petition before the Special Prosecutor, the tenure of the matter in question occurred in 2016 under the previous Board of the company.

Mr Rawlings said understands where the Board Chair, who is also the MP for Effutu, was coming from and urged the Company to take advantage of the opportunity of the meeting to clarify publicly, details of the said matter under investigation.

He charged them to mention the specific timelines to sanitize the records, pending the outcome of investigations by the Special Prosecutor. 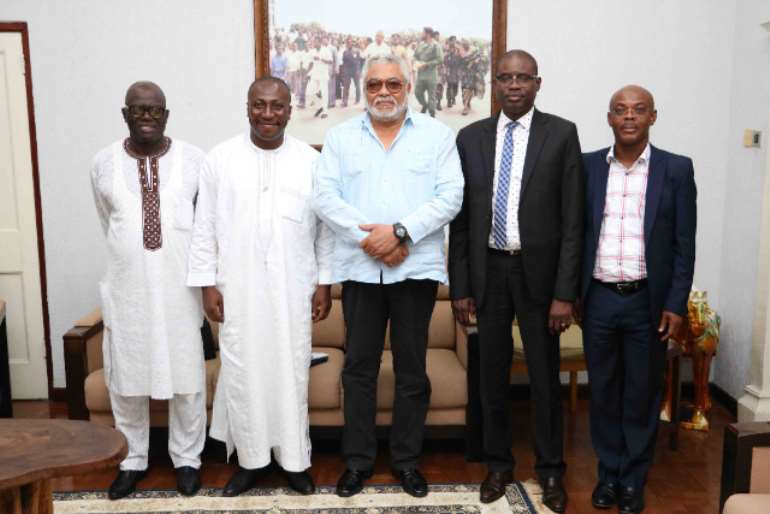 The former President took the opportunity to enquire about the progress of proposals for Ghana Water Company to provide water to parts of Togo, a discussion that has been ongoing between the two countries “for too long”.

Managing Director Clifford Braimah who accompanied Mr Afenyo-Markin confirmed that a feasibility report on the arrangement had been completed and work to seek financiers for the project will commence soon.

As part of the proposal to provide water to Togo, all communities along the route within Ghana are expected to benefit from the provision of water from the utility company.

Other members of the Ghana Water delegation were Alex Bonney, a member of the Board and Peter De-Veer, Deputy Managing Director (Special Projects).

We're Disappointed In Akufo-Addo For Not Condemning Soldier ...
18 minutes ago