CSE Brouhaha : How Would Gov't Justify Use Of $22m Swedish Cash— Ablakwa Quiz 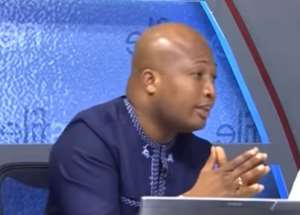 Outspoken opposition MP, Okudzeto Ablakwa has said the Akufo-Addo government needs to convince the Swedish government it would put their money to justifiable use.

According to the North Tongu MP, the Swedish government has already committed $22million to Ghana and some other countries to pursue the controversial Comprehensive Sexuality Education programme.

Ablakwa wrote on Facebook that “one of the key deliverables upon which our Government received the first tranche of money is a promise to ‘overcome social resistance and operational constraints.’"

In the wake of the fierce resistance that greeted the document , the legislator said the government must, on one hand, calm tempers at home and on the other, justify the use of the money from the foreign partner.

In an attempt to calm tempers, the Minister of Education, Matthew Opoku Prempeh said at a press conference on Tuesday that the government hasn’t approved the document on the CSE.

The Education Service also says the programme has nothing to do with the promotion of LGBTQ as speculated.

Pressure groups, the clergy the opposition have called for a complete retraction of the CSE programme.

“The Ghanaian people are certainly more informed about this issue than government assumes,” Ablakwa wrote.

This is going to be a tough manoeuvre for the Education Minister, Dr. Matthew Opoku Prempeh and more generally the Akufo-Addo government as long as they refuse to be candid and transparent over the CSE saga.

On one hand they need to calm down outraged Ghanaians who are running out of patience with the many official contradictions and untruths; on the other hand they need to convince the Swedish Government which has already committed $22million to Ghana and the other 5 CSE Program Acceleration Countries that Ghana will justify the use of their taxpayer dollars especially when one of the key deliverables upon which our Government received the first tranche of money is a promise to "overcome social resistance and operational constraints."

Also, what will our Government be telling UNFPA in the face of current denials after agreeing with them to provide CSE technical support to the GES?

Then, what happens to the contract signed with the special CSE Project Implementation Officer operating from the UNESCO Ghana office?

Already, Ghanaian teachers have exposed the Minister of Education with page 11 of the Teacher Resource Pack for Primary 1 - 6 which shamefully contradicts the Minister’s assertions in his signed statement that there is no inclusion of CSE.

The Ghanaian people are certainly more informed about this issue than Government assumes. Only sincere backtracking and a total full disclosure shall set Government free.