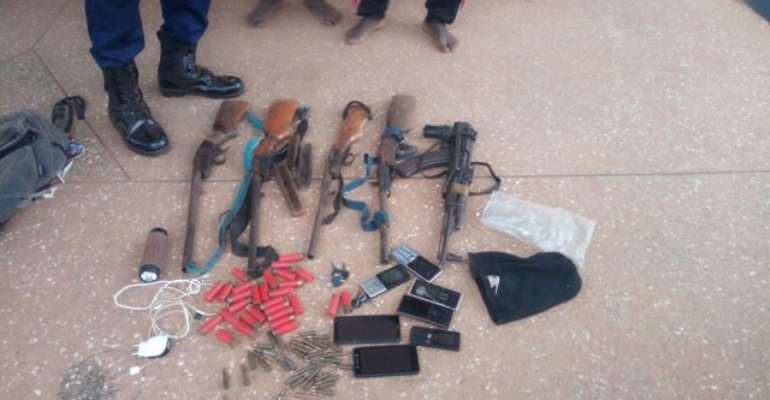 Police in Salaga in the East Gonja district of the Savannah Region have arrested two suspected armed robbers with an AK47 assault rifle and shotguns.

Also, 30 cartridges were retrieved from the hideout of the suspects in Salaga.

Police believe the robbers were preparing to attack a target before they were nabbed.

The two suspected robbers have been identified as Aminu Abudu, 37 and Bukari Talata, 27.

A third suspect, Musah Karim, is on the run, police say. 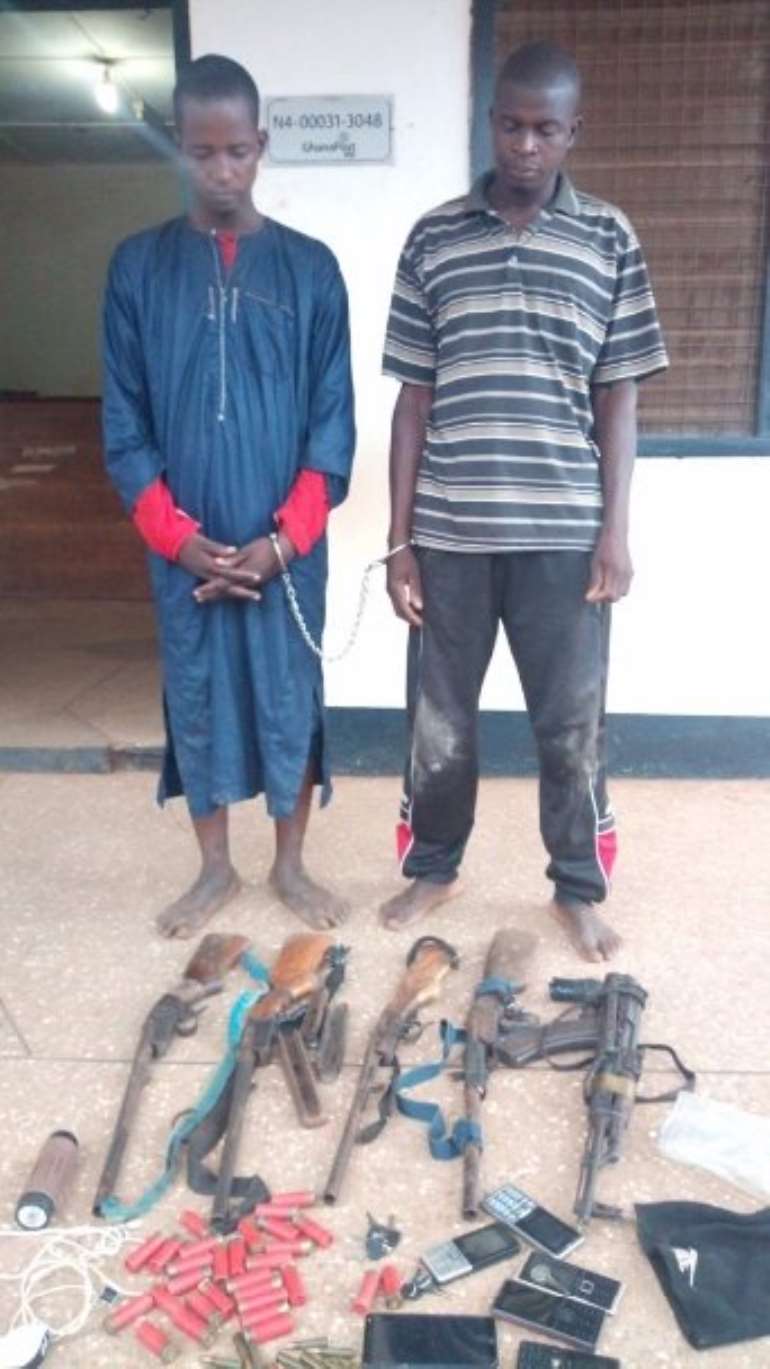 ”Police followed a lead and went...into the bush, the base of these criminals, where they meet to plan for action. Police on reaching the place, the suspects took to the heels. The police also gave them a hot chase and fortunately for the police, two of the suspects were arrested, ” DCOP Mr.Bediako Enock Adutwum gave details.