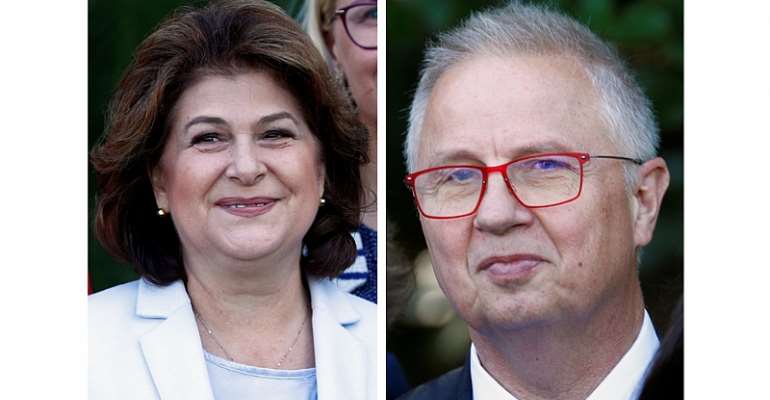 The nominees put forward by Hungary and Romania were rejected by the parliament's legal affairs committee even before the start of the official confirmation hearings today.

Hungarian conservative László Trócsányi hoped to be appointed Commissioner for EU enlargement issues but was rejected over government contracts awarded to his law firm.

In a statement, he slammed what he called the "blatant injustice" of his disqualification and vowed to fight it "before the responsible court of justice".

Hungarian Prime Minister Viktor Orban had claimed that the committee's move was motivated by Trocsanyi helping "to stop migration".

The legal affairs committee turned down the candidature of Rovana Plumb, a Romanian socialist former labour minister over the question of two problematic loans that raised suspicions of corruption.

'Victory for Democracy'
A vice chairman on the legal affairs committee, Sergey Lagodinsky, tweeted that the disqualifications were "a victory for parliamentary democracy".

Hungary and Romania, while initially standing by their candidates, have said they have no lack of replacement names if necessary.

Some of the other designated commissioners could also face tough questioning over probity issues.

Poland's candidate commissioner, Janusz Wojciechowski was investigated by the EU”s anti-fraud office OLAF but avoided charges after he re imbursed 11,250 euros for travel expenses improperly claimed while an MEP.

A similar OLAF probe into France's Sylvie Goulard remains open, but she too has already paid back 45,000 euros.

Belgium's Didier Reynders had a corruption probe against him set aside on Friday, while Spain's Josep Borrell -- named to become the EU's foreign policy chief -- was fined 30,000 euros last year for insider trading.