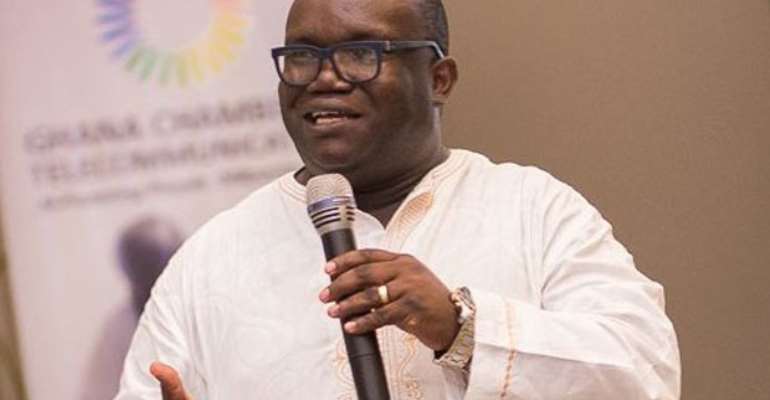 The Ghana Chamber of Telecommunications (GCT) has said cutting of fibre optic cables of its members poses an unacceptable risk to national security as the phenomenon leads to loss of connectivity and communication services for key state institutions.

Chief Executive Officer of the Chamber, Kenneth Ashibey, who gave the warning, has therefore called for a collective effort by stakeholders to help curb the menace, if not to reduce the incidents to the barest minimum.

Speaking at a regional sensitization workshop on fibre cuts and damage of communication infrastructure in Kumasi, Mr Ashigbey stated that operator data gathered by GCT revealed over 2,000 fibre cuts in the last six months across the country.

The Ashanti Region's workshop was the fourth edition in the series of regional sensitizations to highlight the prevalence of the fibre cuts, cable/fuel/battery thefts, and vandalism to the communication infrastructure.

According to the GCT CEO, the cuts were mainly caused by road contractors, private developers, unknown criminals and other utility companies.

He indicated that the Ashanti Region alone recorded over 371 cuts out of the 2,000 incidents which cost the telecommunication companies in excess of GH¢5.9 million.

Mr Ashigbey said this amount was expanded beside revenue losses, cost of non-traditional temporary solution deployed as well as additional capital expenditure incurred to keep the network availability stable over the period.

He revealed that the industry also recorded 150,000 litres of diesel and 240 batteries thefts at cell sites, which incidents affected over 18 million subscribers and businesses within the value chain.

“We cannot continue to accept this problem as the norm; therefore, we are here today to work with you the stakeholders to agree a better way of doing things to reduce drastically the phenomenon,” he noted.

The workshop brought together about 50 stakeholders from the road agencies, road contractors, utility providing companies, police, and regulators.

Participants also agreed that the right of way permit would ensure better alignment between regulatory agencies and service providers to prevent the age-old problem of work from being stalled the Metropolitan, Municipal and District Assemblies.