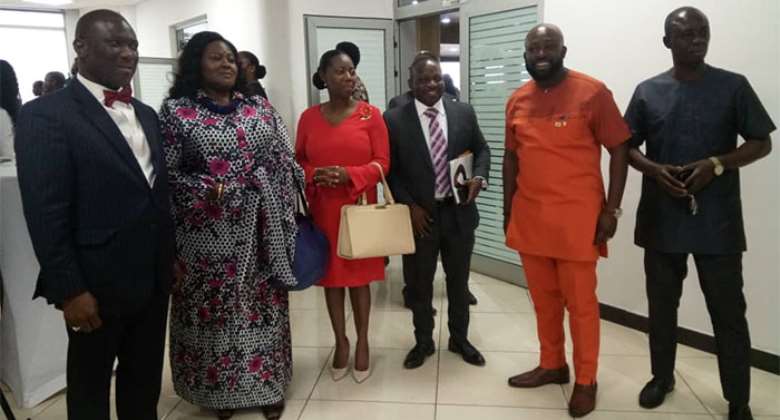 Consumers is likely to suffer an oil and gas shortage due to what the Ghana Chamber of Bulk Oil Distributors (CBOD) has termed “unhealthy competition” amongst Bulk Distribution Companies (BDCs) and commercial banks.

The Ghana Chamber of Bulk Oil Distributors (CBOD) made this known in its 2018 Oil Industry Report for Ghana’s petroleum downstream sector.

According to the report launched on Tuesday, October 1, 2019, “coupled with the growing forex risk and trade credit faced by the BDCs, the commercial viability of the BDC sector remains bleak.”

The 141-pages report noted that “it is imperative that these risks are addressed for the industry’s sustainability.”

Chief Executive of CBOD, Senyo K. Hosi, speaking at the launch in Accra, said there were a lot “‘Irresponsible competitions” in the sector that were posing risks of oil and gas shortage, warning that with the country experiencing gas shortage in the past, there was the need for care to be taken.

He estimated that about $100 million has been lost to the unhealthy competition, warning banks to be a bit careful.

He likened the competition in the sector and the nature of the credit arrangements as a case of “robbing Peter to pay Paul.”

However, it said there was progress made on Government’s legacy debt to BDCs with the payment of all outstanding principal sums amounting to $25.68 million, and the validation of the interest components.

“This brings to total an amount of $806.25 million in payments made by Government for forex losses incurred between 2011 and 2015,” it stated.

Away from the unhealthy competition, the report noted that in 2018, no loss related to unaccounted stocks is estimated as it was revealed that 574.25mm litres more than the official stocks saleable in the country were sold.

It says “this indicates that smuggled stocks in the monitored Depots must have been ‘trapped’ as a result of the National Petroleum Authority’s regulatory interventions to curb the illicit trade of petroleum products and forced to be sold through official channels.

The reports adds that this saved the nation GH¢ 797.49 million in taxes and GH¢ 154.93 million in regulatory margins yielding a total of savings of almost GH¢1billion.

The report further reveals that out of a total of 165 registered Oil Marketing companies (OMCs) and Liquefied Petroleum Gas Marketing Companies (LPGMCs) in 2018, 14 companies were inactive, 63 sold products above 10,000mt while 88 sold volumes below 10,000mt.

Chief Executive of National Petroleum Authority, Alhassan Tampuli, stated that the major policy intervention for 2018 has been the LPG promotion policy which is based on the Cylinder Recirculation Model (CRM).

He stated upon full implementation, CRM is expected to completely change the mode of supply and distribution of LPG via a marketing approach which intends to guarantee safety and increase the level of LPG penetration to 50% by 2030.

Minority investigates impersonation of Adwoa Safo in 2022 bu...
1 minute ago

2022 Budget: Majority’s precedent will haunt them – Minority
29 minutes ago