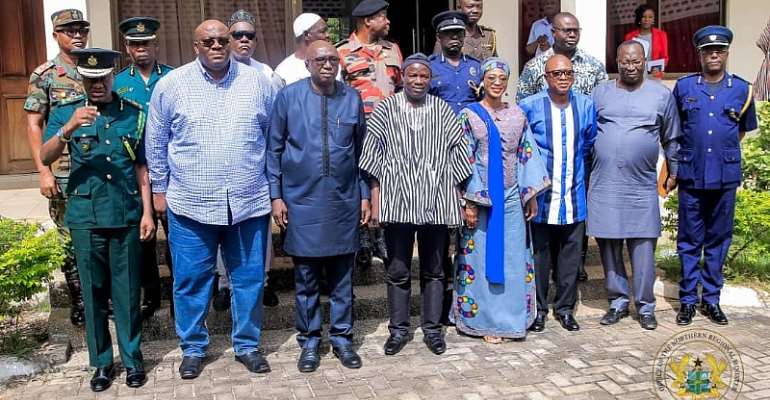 The Interior Minister, Ambrose Dery, has commended the Northern Regional Security Council (REGSEC) for the peace and improved security in the region.

According to him, the various security agencies were collaborating in various operations to ensure that the current peace in the region was sustained.

The minister made this known when he toured the various security agencies under his ministry in the Northern Region.

He noted that citizens cannot benefit from the flagship programmes by government if there was no peace in the region.

“Since 2017, the security services have been supported to improve their output,” he said.